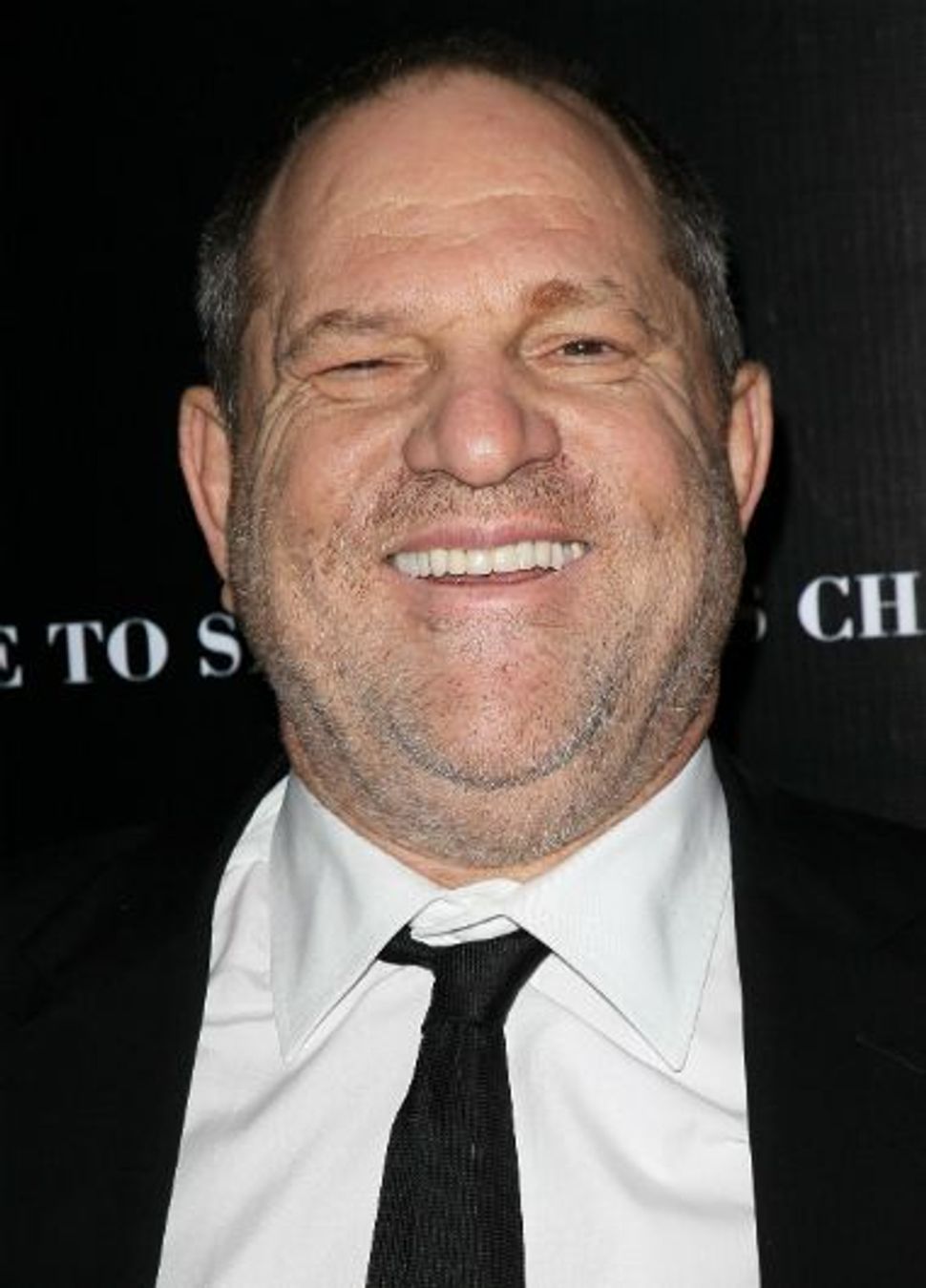 Powerful Producer: Harvey Weinstein has a laugh at a celebration for the 40th anniversary of Sir Charlie Chaplin?s honorary Academy Award at Chateau Marmont in Los Angeles. Weinstein stands to earn some Oscar love himself this weekend, with multiple nominations for ?The Artist,? ?My Week With Marilyn? and ?The Iron Lady.? Image by Getty Images

(JTA) — The Simon Wiesenthal Center said it hasn’t considered withdrawing an award given to movie mogul Harvey Weinstein, who was fired by the production company he founded following a string of sexual harassment allegations.

“We honored Harvey Weinstein because he and his company, like many other leaders in the entertainment world, have been longtime supporters of the Wiesenthal Center and its work,” Simon Wiesenthal Center spokeswoman Marcial Lavina wrote in an email to JTA.

Asked whether the group would withdraw the award, Lavina wrote, “That hasn’t been up for discussion.”

In his speech accepting the award, Weinstein said of anti-Semites that Jews “better stand up and kick these guys in the ass.”

An expose in The New York Times last week detailed decades of sexual harassment allegations against Weinstein from female actors and employees, and he was fired on Sunday.

Weinstein was a high-profile donor to Democratic politicians, and several have pledged to give his contributions to charity.

In 2015, along with the Simon Wiesenthal award, Weinstein received the Truth to Power Award from the Survivor Mitzvah Project, which aids elderly Holocaust survivors. The group did not respond to JTA calls for comment.