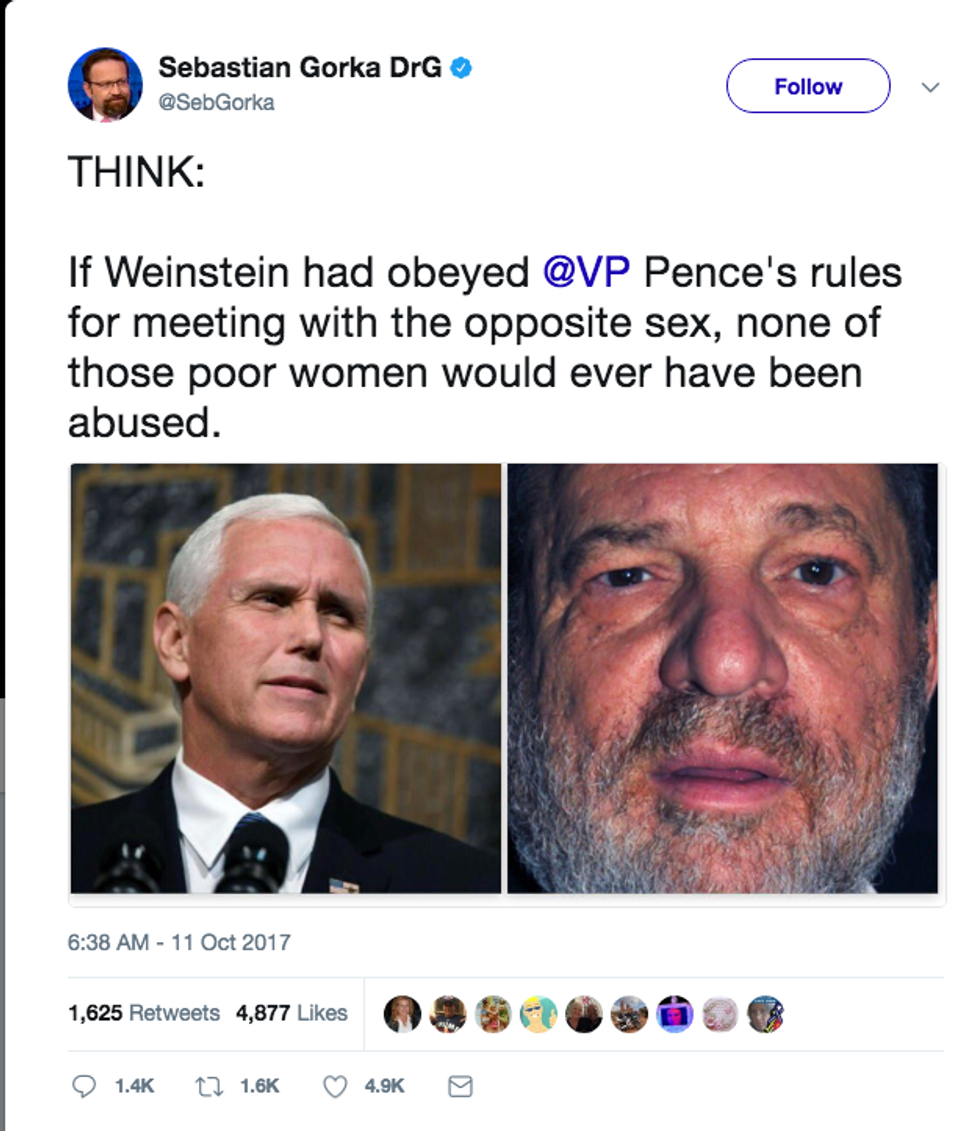 Sebastian Gorka had some unsolicited words of advice for Harvey Weinstein after the Hollywood producer’s fall from grace this week over a slew of articles detailing decades of allegations of sexual harassment and assault. 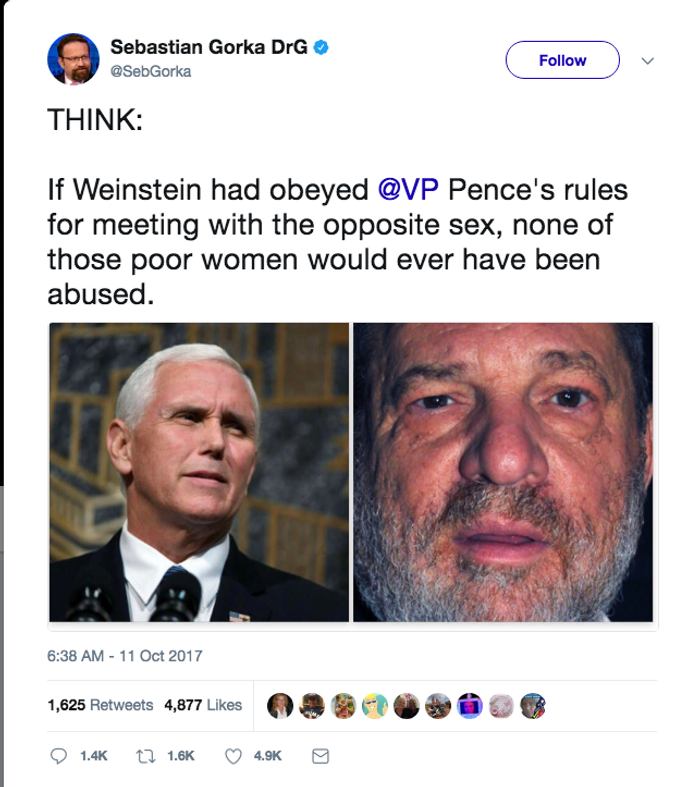 Gorka, who as ousted from his post on the White House’s National Security Council in August, was referring to news reports that Vice President Mike Pence refuses to dine or meet alone with women other than his wife.

Gorka’s departure from the White House came after the Forward reported his connections to far-right groups in Hungary and questionable credentials for the job.