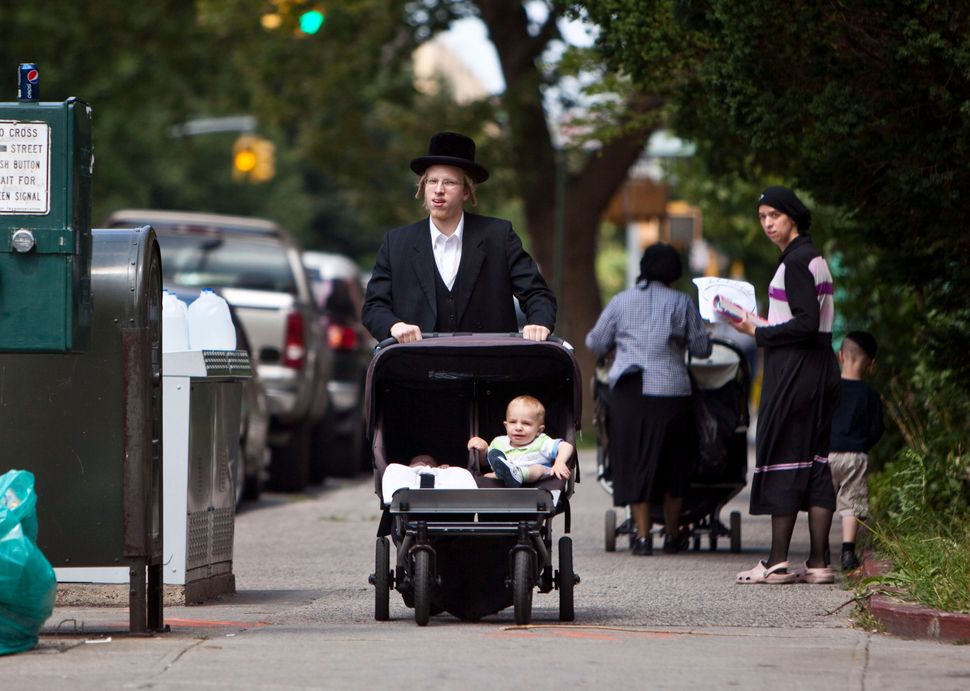 The Chabad Lubavitch Hasidic community in Brooklyn is in shock after a woman attempted to steal an unattended baby from the group’s headquarters on Wednesday, TV station WABC reported.

The 26-year-old mother of the 18-month-old toddler reportedly left her child out of eyesight for only a moment when the would-be kidnapper picked the baby up from its stroller and tried to walk away.

Passersby were able to apprehend the woman and return the child to its mother. The infant was unharmed.

The would-be kidnapper was taken in for questioning by police.