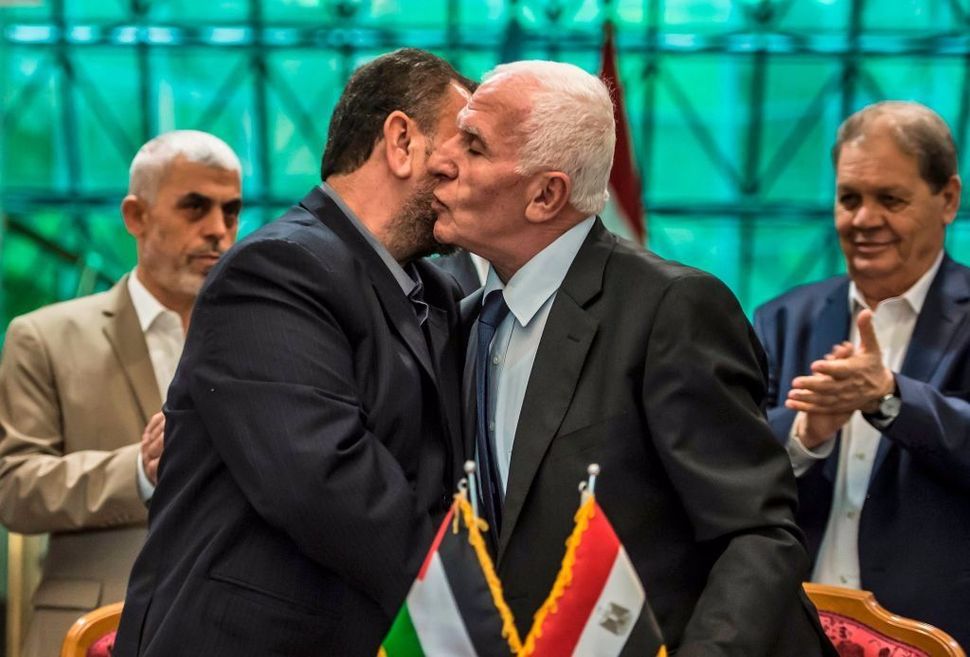 GAZA/CAIRO (Reuters) – Rival Palestinian factions Hamas and Fatah signed a reconciliation deal on Thursday after Hamas agreed to hand over administrative control of Gaza, including the key Rafah border crossing, a decade after seizing the enclave in a civil war.

The deal brokered by Egypt bridges a bitter gulf between the Western-backed mainstream Fatah party of Palestinian Authority President Mahmoud Abbas and Hamas, an Islamist movement designated as a terrorist group by Western countries and Israel.

Palestinian unity could also bolster Abbas’s hand in any revival of talks on a Palestinian state in Israeli-occupied territory. Internal Palestinian strife has been a major obstacle to peacemaking, with Hamas having fought three wars with Israel since 2008 and continuing to call for its destruction.

The Palestinian accord was met warily in Israel.

For Israel to accept it, said one government official, the deal must abide by previous international agreements and terms set out by the Quartet of Middle East peace mediators – including the recognition of Israel and Hamas’s giving up its weapons.

Hamas and Fatah agreed in 2014 to form a national reconciliation government, but the deal soon dissipated in mutual recriminations with Hamas continuing to dominate Gaza.

The agreement calls for Abbas’s presidential guard to assume responsibility of the Rafah crossing on Nov. 1, and for the full handover of administrative control of Gaza to the unity government to be completed by Dec. 1.

Analysts said the deal is more likely to stick than earlier ones given Hamas’s growing isolation and realization of how hard Gaza, its economy hobbled by border blockades and infrastructure shattered by wars with Israel, was to govern and rebuild.