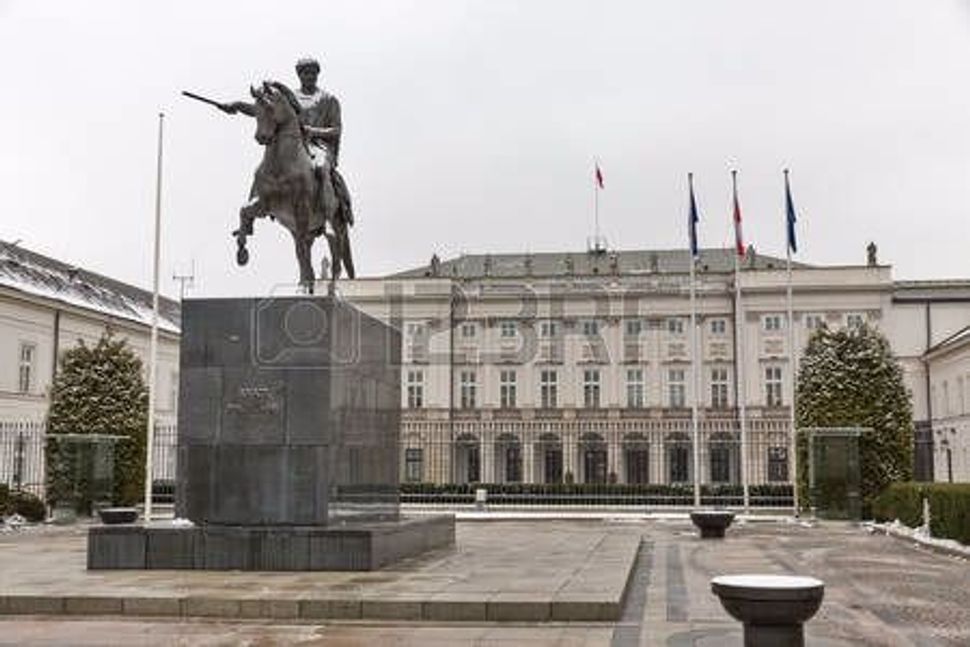 Polish Deputy Justice Minister Patryk Jaki announced plans for the legislation on Wednesday, marking a break from the government’s previous reliance on individual court rulings to determine restitution rather than through legislation, as has been done in many other European countries.

“I’m ashamed that it has taken Poland until now, 28 years after the fall of communism, to prepare such a bill. This should have been taken care of a long time ago,” the PAP news agency quoted Jaki as saying during a press conference in Warsaw Wednesday.

The law that comes from the envisioned bill would allow for cash payments of up to 20 percent of the value of privately-owned properties at the time of their “nationalization.”

Restitution experts estimate that following the Holocaust, Jewish individuals and institutions in Poland lost property whose combined value exceeds the equivalent of $1 billion.