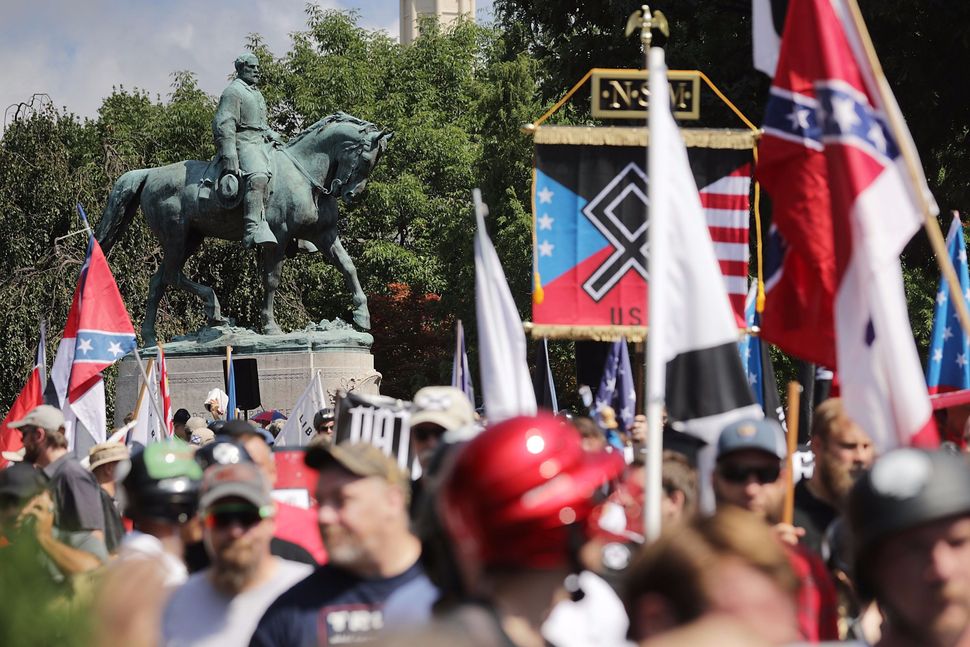 Business leaders, elected officials and residents in Charlottesville, Virginia, are going to court to try to prevent a repeat of the violence at a white nationalist rally that ripped through town this summer.

Mike Signer, the Jewish mayor of Charlottesville, said he supported the legal campaign to prevent future white nationalist violence — decrying what he called the “freelance armies” that marched through the city’s streets.

“I support [the campaign] as a stand against the disintegration of our democracy, and as a call for us to put a firm close to this horrible chapter in our democracy where people think it’s OK to parade in military outfits in public, to openly threaten violence against other people, to fire weapons into crowds, to beat people in public, and to use a car as a weapon,” Signer said. “This violence is all of a piece, and it can be stopped with the legal relief we are asking for under Virginia’s Constitution and our laws.”

Two separate court cases — one federal, the other state — are targeting “Unite the Right” rally leaders and organizers, like white nationalists Richard Spencer and Matthew Heimbach, the Washington Post reported. The federal suit seeks monetary damages and a ban on similar gatherings. The state suit targets the private militias that marched down the streets, armed with weapons and clad in military garb.

Signer became a target for “alt-right” trolling online in the days leading up to the August rally, which was organized presumably to protest the removal of a statue of Confederate leader Robert E. Lee. Signer initially opposed removing the statue, but changed his position, after the rally, which devolved into violence and resulted in the death of a counterprotester.