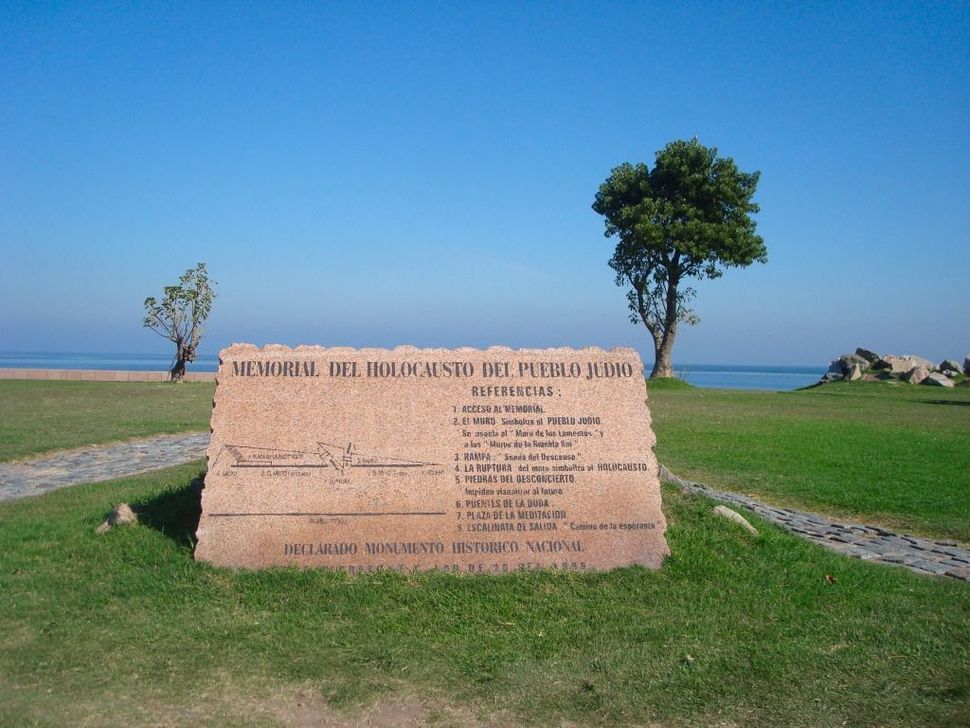 The Holocaust memorial in Montevideo, Uruguay. Image by Wikimedia

“They have vandalized us again. What’s going on?” Montevideo Mayor Carlos Varela tweeted along with photos of the vandalized memorial. “We call for sanity, tolerance and peace,” he added.

Unveiled in 1994, the site in the country’s capital Montevideo has been hit several times in recent years by anti-Semitic vandalism, but this time has been the most severe with the graffiti taking up a larger area of the memorial, reported El Pais.

Vandals used black paint to write slurs including “The Holocaust of the Jewish people is the biggest lie in history,” “Only 300,000 Jews died from typhus” and “Gas chambers were a fraud.”

In 2016, the Israelite Central Committee, the country’s umbrella Jewish organization, funded the latest restoration, which included lights and staircases.

Uruguay is home to some 12,000 Jews, according to the Latin American Jewish Congress. It was the first country in South America to officially recognize Israel.