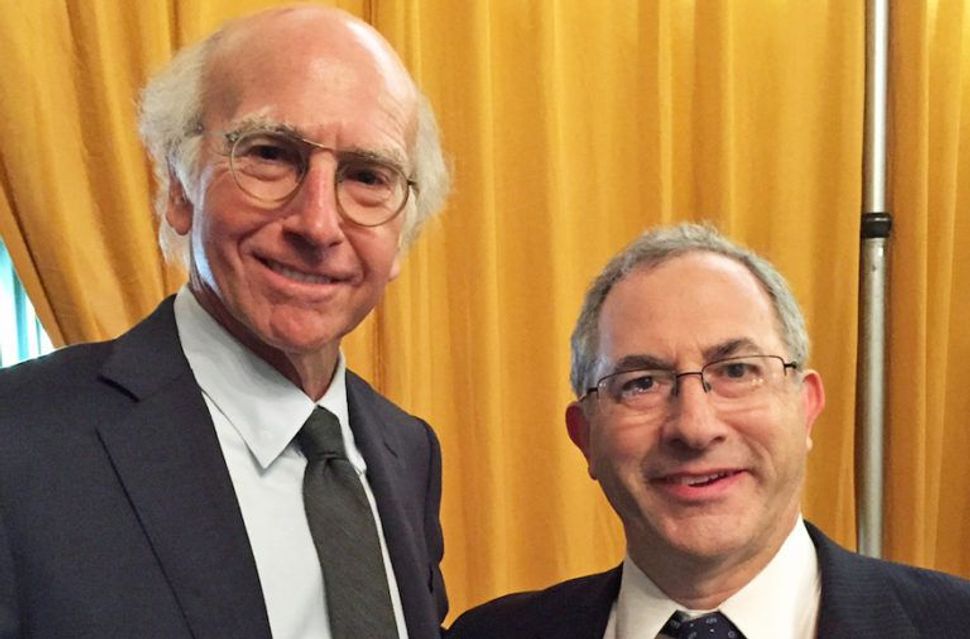 (JTA) — Kenny Ellis isn’t a rabbi. But it wasn’t much of a stretch for him to play one on TV.

After 27 years at the pulpit, he is breaking into prime-time TV this week with two roles as the officiant of a fictional Jewish funeral. He will lead the Mourner’s Kaddish Sunday on HBO’s “Curb Your Enthusiasm” and then again Tuesday on NBC’s “Law & Order True Crime: The Menendez Murders.”

A former aspiring actor and comedian, Ellis has a history with “Curb” creator and star Larry David. The two Jews met on the New York comedy circuit in the 1970s before reuniting during filming of Sunday’s episode, which will be the third of the ninth season of the hit comedy series.

“I was wondering if after all these years, he would remember me,” Ellis said of David, “and he did!”

Although the men’s careers took very different paths, they both ended up being Jewish performers of sorts. In addition to his day job as a cantor, Ellis takes his standup comedy show “The Man Behind the Matzoh Ball” on tour and last year released an album called “Hanukkah Swings.”

Ellison will appear Tuesday on “Law & Order” at the funeral of Edie Falco’s character’s mother. Despite the dark subject matter, he was thrilled to meet the “Sopranos” star.

“It was so wonderful to ‘hang out’ with Edie for the day,” he said. “She was not only an amazing actress, but also as sweet as can be. She didn’t hide in her trailer between takes; instead, she hung out with us and ‘kibitzed.’”