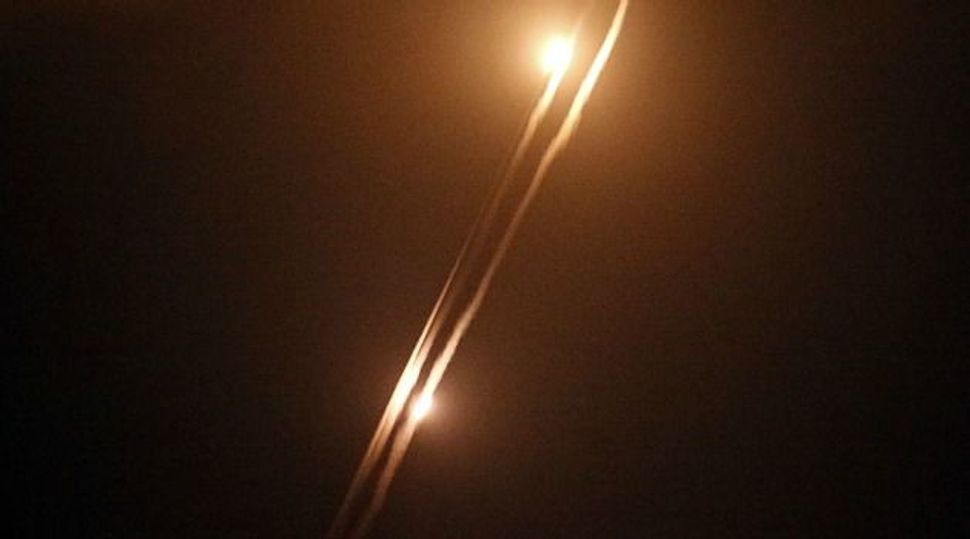 Palestinian Hamas-made rockets are fired toward Israel from the center of Gaza City. Image by Getty Images

JERUSALEM (JTA) — Two rockets were fired at southern Israel from the Sinai Peninsula.

The Code Red alert siren sounded in Israeli communities on the border with Gaza on Sunday night.

The Israel Defense Forces confirmed that two rockets were launched from Sinai.

It is not known if the rockets fell in Israeli territory. The IDF is scouting the area for fallen rockets. Area residents reported hearing booms after the sirens indicating that the rockets touched down, Ynet reported.