Philadelphia May Crack Down On Cops With Nazi Tattoos 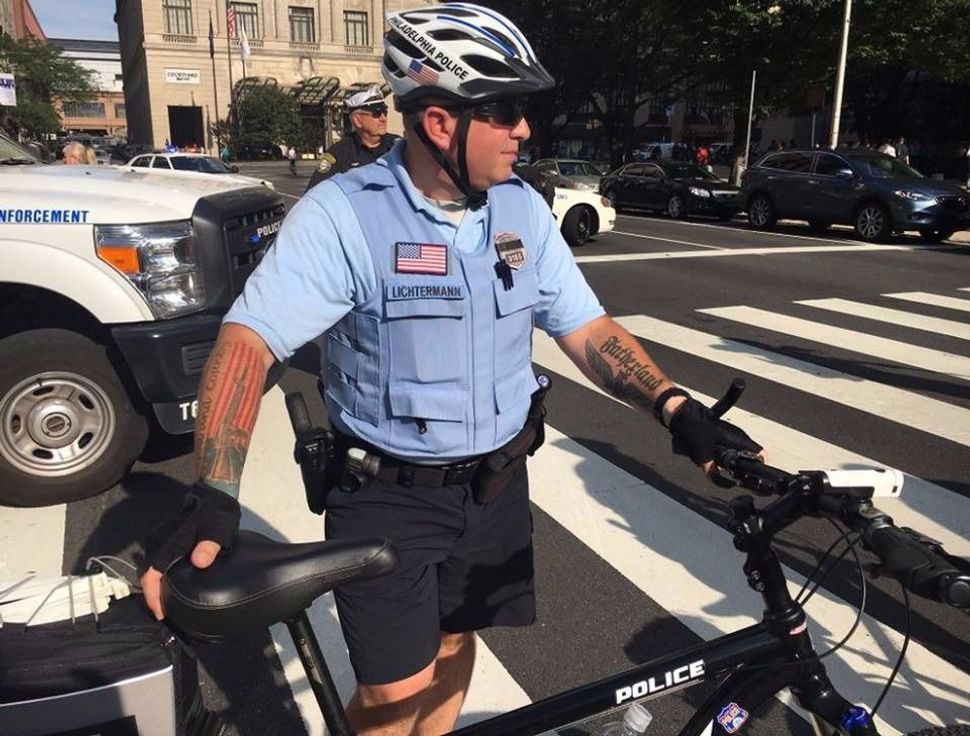 The Philadelphia City Council president introduced a bill last week that would prohibit local public employees from displaying symbols that could be seen as promoting hate speech.

This comes after a BuzzFeed News story about a Philadelphia police officer who faced no discipline for displaying a tattoo on his arm that appeared to be a Nazi emblem. A photo of the officer, Ian Lichtermao, was widely circulated online last spring.

“No employee, and certainly no citizen, should be made to feel offended or fearful because of what a public employee says, wears, or does,” said council president Darrell Clarke, Buzzfeed reported. “We have the right as an employer to set guidelines for conduct, and we have an obligation to earn the trust of the people we serve — particularly those belonging to groups targeted for discrimination.”

Lichtermao’s tattoo (visible on his left arm) is of the emblem adopted by the Nazi party during Adolf Hitler’s rise to power — except there is no swastika inside the wreath hanging below the eagle. Luchtermao said that his tattoo should not be understood as promoting Nazism and told BuzzFeed that the tattoo represents his German heritage.

Philadelphia May Crack Down On Cops With Nazi Tattoos