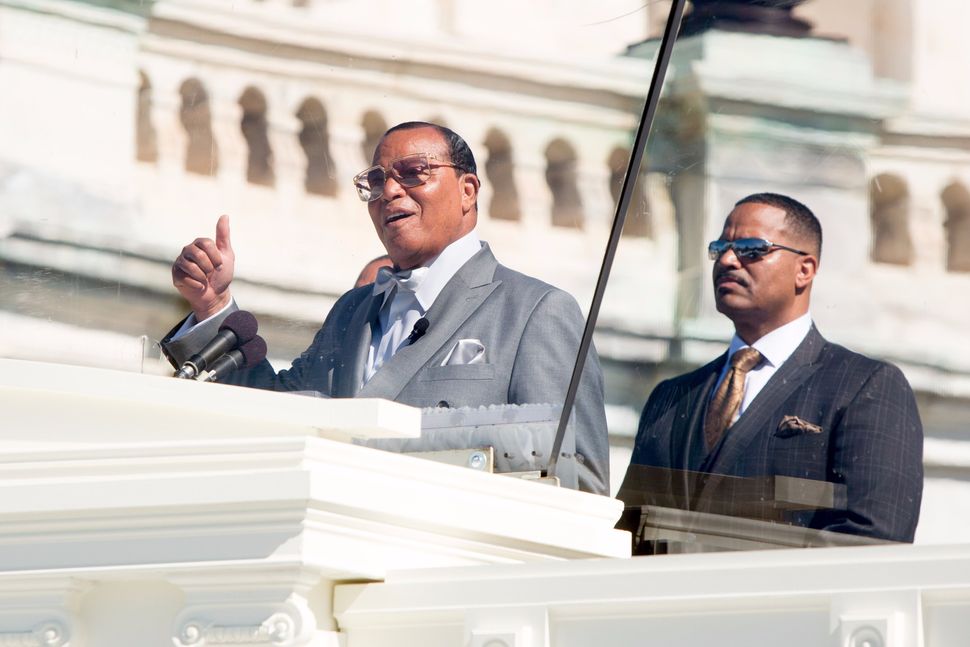 A prominent white nationalist website re-tweeted Louis Farrakhan last week and invited the Nation of Islam leader to speak in a public forum.

“This is the sort of self-determination we and the broader Alt-Right support,” wrote American Renaissance, a self-described “race realist” magazine. 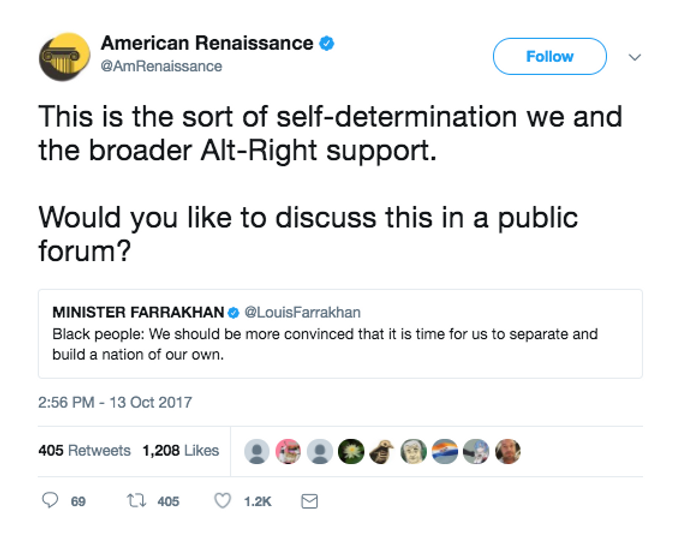 Farrakhan’s original tweet urged black people to “be more convinced that it is time for us to separate and build a nation of our own.”

The Nation of Islam’s brand of black nationalism and separatism has found support from white nationalists before. In 1961, members of the American Nazi Party attended a speech by Malcolm X, an event which attracted a flurry of media attention.

More recently, the Nation of Islam has also found common ground with other far-right figures. Farrakhan has appeared on Alex Jones’ conspiracist website InfoWars, where he seemed to praise then-candidate Donald Trump. Farrakhan, whose preaching has long leaned towards the apocalyptic, seems to view Trump’s win as a welcome sort of motivation to urge black people towards racial separatism. Farrakhan — who the Anti-Defamation League has called one of the country’s “leading anti-Semites” — has also warned Trump about perceived Jewish control creeping into the White House.

American Renaissance was founded in 1990 by white nationalist Jared Taylor and hosts regular conferences, attended by younger “alt-right” white nationalists like Richard Spencer, who dreams of creating his own “white ethno-state”