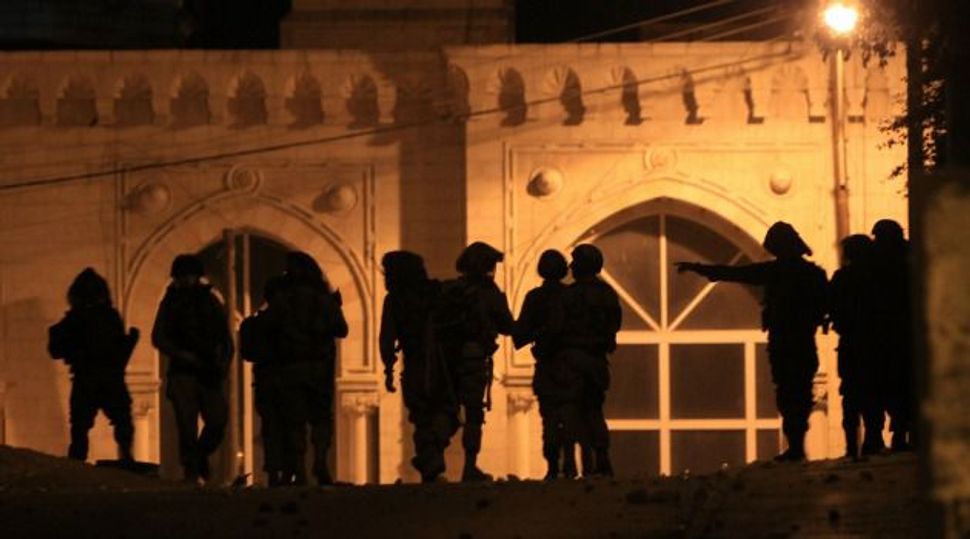 JERUSALEM (JTA) — The Israeli government said it will not conduct diplomatic negotiations with a Palestinian unity government that includes Hamas unless it meets several conditions, including a halt to the group’s terrorist activities.

The conditions, which were announced Tuesday following a meeting of the Security Cabinet, include recognition of Israel and a halt to all terrorist activities in accordance with the rules set down by the Middle East Quartet; disarming of Hamas’ military infrastructure; and the return of the bodies of fallen Israeli soldiers and several civilians being held by Hamas in Gaza.

Other conditions are handing full security control of the Gaza Strip, including all border crossings, to the Palestinian Authority; the severing of all ties between Hamas and Iran; and humanitarian supplies and funds for Gaza facilitated through the P.A.

The Palestinian Authority and Hamas, which controls the Gaza Strip, signed a reconciliation agreement earlier this week in Cairo. They are scheduled to meet again next month in the Egyptian capital to discuss forming a new unity government, as well as elections for president and parliament.