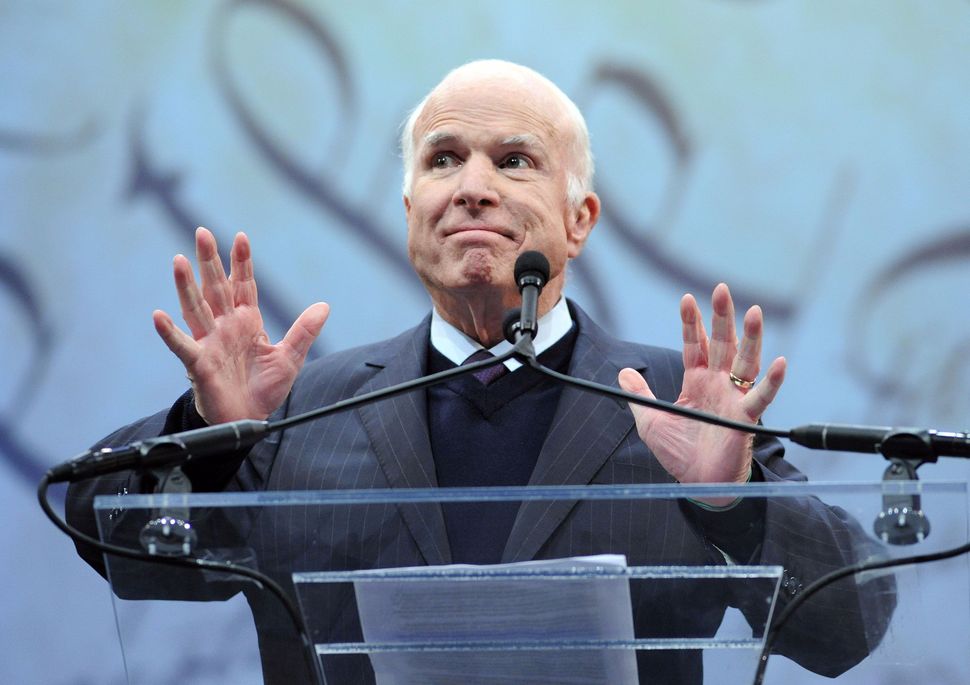 Senator John McCain on Monday mentioned a Nazi slogan and warned Americans against buying into “half-baked, spurious nationalism” in what appeared to be a stark warning about the dangers of President Trump and white nationalism.

Speaking in Philadelphia, where he was being honored with the Liberty Medal by the National Constitution Center, McCain said, “We live in a land of ideals, not blood and soil.”

To refuse US leadership for half-baked nationalism is as unpatriotic as any dogma consigned to ash heap of history https://t.co/Y07Sxa1b7V pic.twitter.com/Jf1nit7X3n

The slogan “blood and soil” was chanted by white nationalists at the Unite the Right rally in Charlottesville, Virginia — alongside others, like “Jew will not replace us” — and is an explicit Nazi reference, coming from the German “Blut und Boden,” a phrase popularized by Nazi thinker Richard Walter Darre.

McCain has regularly sparred with Trump, who mocked him during the presidential campaign for being captured and held as a prisoner of war during the Vietnam War.