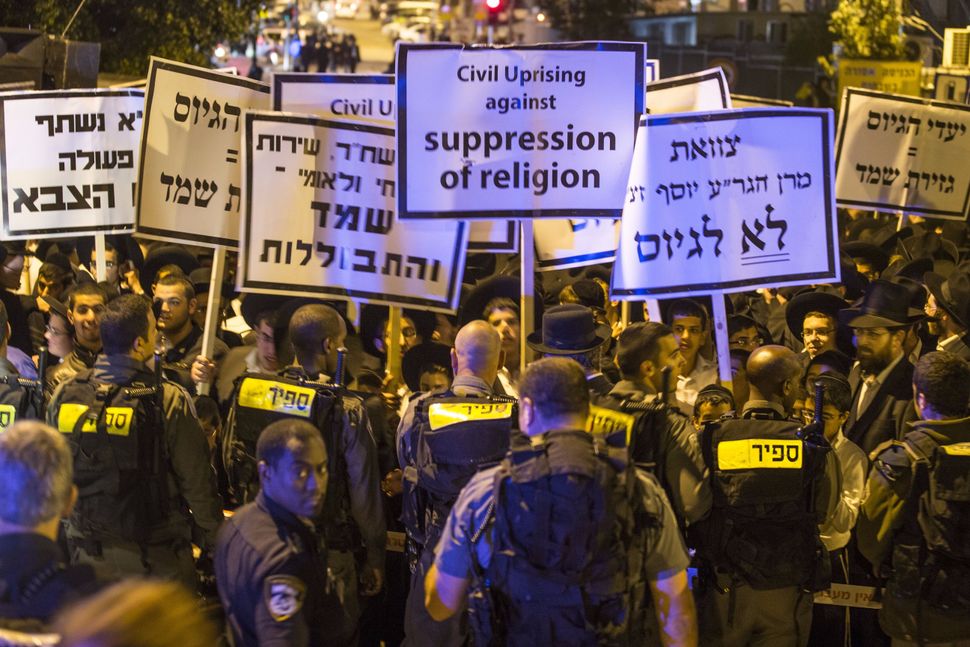 A female IDF solider was forced to use karate to fend off a swarm of Hasidic Jews protesting the compulsory military draft in Jerusalem Monday, the Washington Post reported. Nomi Golan, who was off duty at the time, was attempting to guide a car through the raucous protests.

“They attacked me, so as a soldier, a civilian, an old woman, young or no matter what role I or what I was wearing, I defended myself as I would in any other situation,” Golan told the Israeli news site First Report.

The Hasidic men are protesting the requirement that all Israelis enter military service at the age of 18. Though Israeli Arabs and the ultra-Orthodox are currently exempt from the draft, the law that ensures the ultra-Orthodox exemption is set to expire within a year.

Anti-draft riots are common in Jerusalem, with crowds of Hasidic men often stopping traffic and preventing buses from leaving their stations.