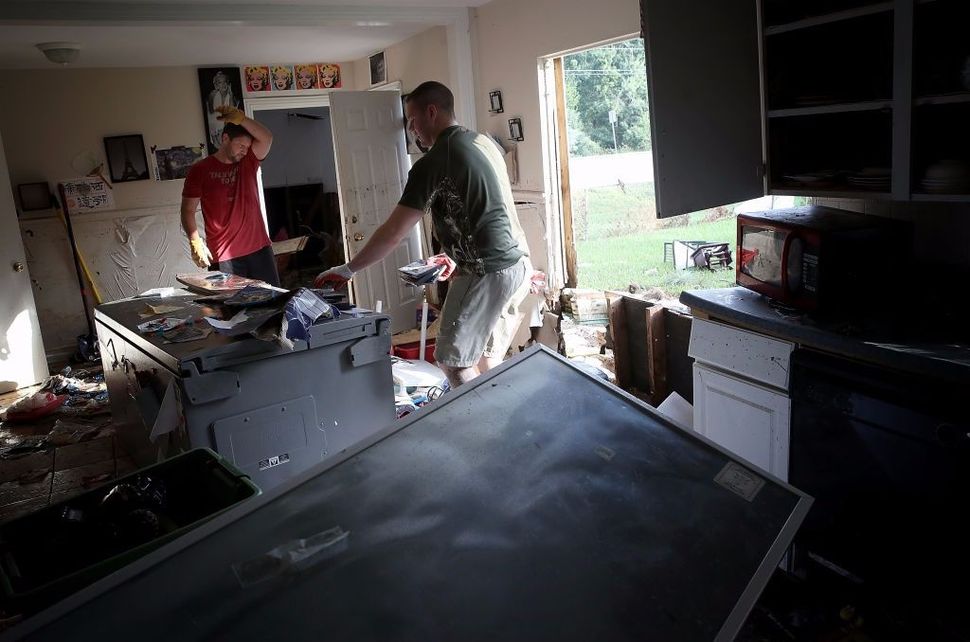 A Houston suburb will not approve grants to repair homes or businesses damaged in Hurricane Harvey if the applicant supports boycotting Israel.

No other clauses about political affiliations or beliefs are included in the form.

The state of Texas passed a law in May banning state entities from contracting with businesses that boycott Israel. The law, one of 21 passed in states around the country in the past few years, has been criticized by the American Civil Liberties Union as unconstitutional.

Local TV news station KTRK reported that the damage Dickinson received “may be the worst of Harvey,” with more than 50 inches of rain in 72 hours. The widely-distributed photo of residents of a nursing home waiting to be rescued as floodwater reached their waists was taken in Dickinson.

Calls to the offices of the mayor and the city secretary were not returned.