Hamas Leader: We Won’t Recognize Israel, We’re Debating When To Wipe It Out 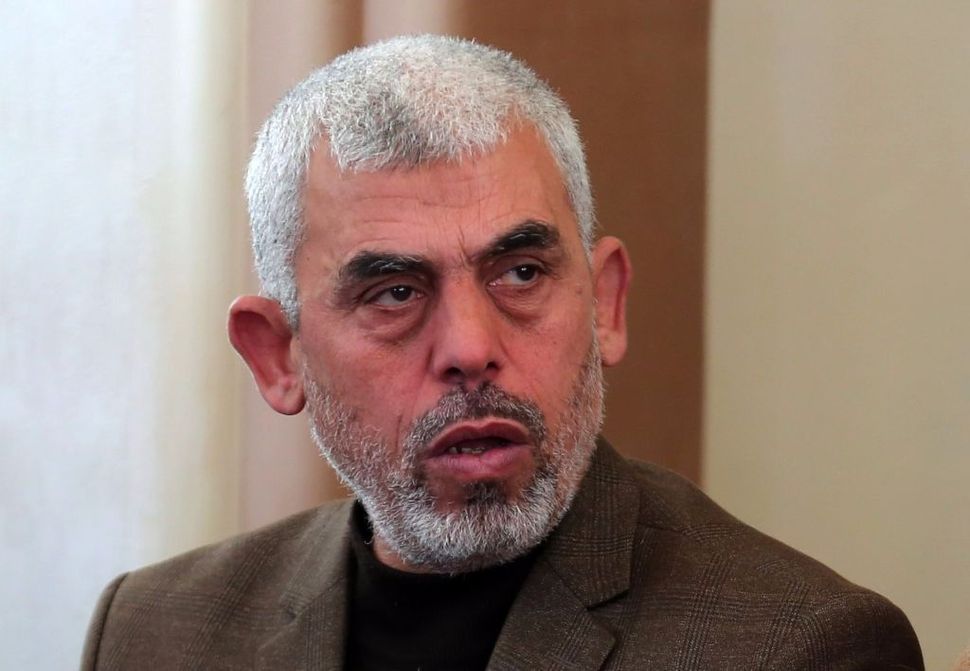 Yahya Sinwar, the leader of Hamas in the Gaza Strip. Image by SAID KHATIB/AFP/Getty Images

The Gaza-based leader of the Palestinian terror group Hamas publicly rejected demands from Israel and the United States that it disarm and recognize the Jewish state, saying that the organization is only debating “when to wipe out Israel.”

“Over is the time Hamas spent discussing recognizing Israel. Now Hamas will discuss when we will wipe out Israel,” leader Yahya Sinwar reportedly told a Gaza youth roundtable.

“No one in the universe can disarm us. On the contrary, we will continue to have the power to protect our citizens,” Sinwar said, according to an official Hamas statement. “No one has the ability to extract from us recognition of the occupation.”

Hamas and Fatah, the party of Palestinian Authority President Mahmoud Abbas, reached a reconciliation agreement last week. U.S. Mideast peace envoy Jason Greenblatt said in response that “Any Palestinian government must unambiguously and explicitly commit to nonviolence, recognize the State of Israel, accept previous agreements and obligations between the parties – including to disarm terrorists – and commit to peaceful negotiations.”

But Sinwar dismissed that notion. “Disarming us is like Satan dreaming of heaven. No one can take away our weapons,” he said.

Hamas Leader: We Won’t Recognize Israel, We’re Debating When To Wipe It Out