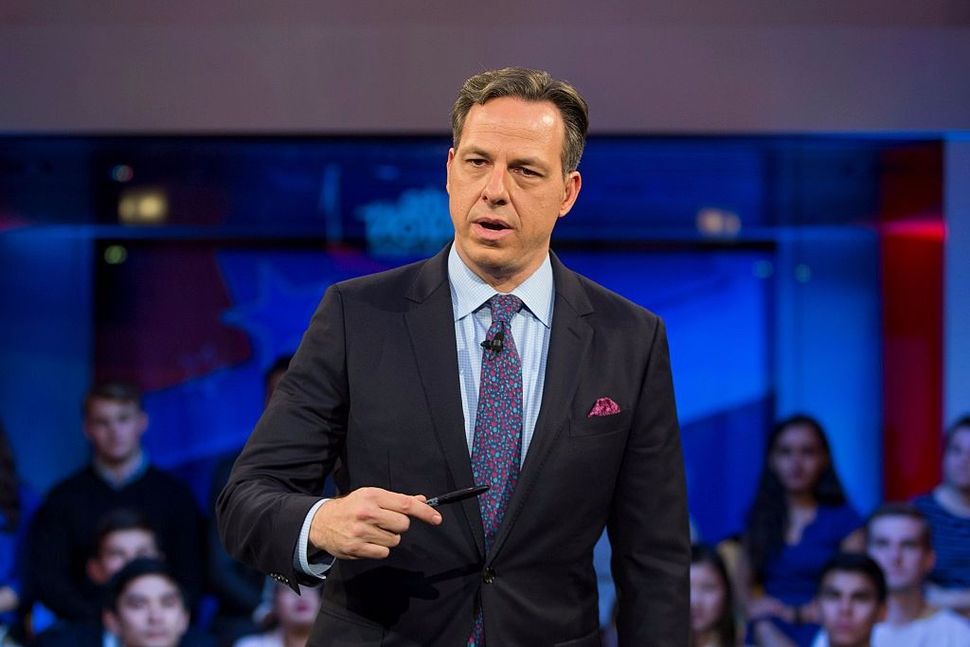 Jake Tapper, of CNN’s State of the Union, speaks to a crowd at the Harvard Institute of Politics. Image by Scott Eisen/Getty Images

CNN’s Jake Tapper offered a “thought experiment” to try and analyze what went wrong in the political storm surrounding President Trump’s phone call to Myeshia Johnson, who had just lost her husband, Sgt. LaDavid T. Johnson, in an ambush in Niger.

“Let’s try to assume for the sake of argument that everyone in this story had the best and noblest of intentions,” Tapper opened a series of tweets Friday morning. Tapper’s starting point was the notion that all sides came with their best intentions: Trump wanted to console the grieving widow, his chief of staff John Kelly provided him advice based on his painful experience as a Gold Star father, and Rep. Frederica Wilson just wanted to convey the sorrow of the widow after receiving the call from Trump.

“At the end of all this we’re left with one uncomfortable Fact: the phone call went wrong & the family of SGT Johnson is in MORE pain,” Tapper concluded. “To me, beyond all the politics, that seems to me to be something the White House would want to fix.”