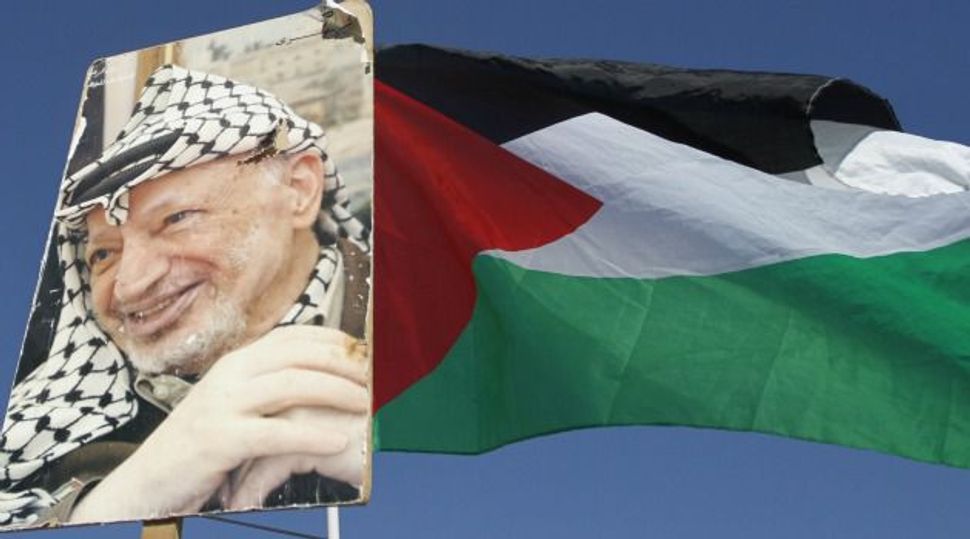 RIO DE JANEIRO (JTA) — The Palestinian mission to Colombia tweeted a quote from late Palestinian leader Yasser Arafat calling for the destruction of the State of Israel.

The Spanish-language message was removed from the Palestinian mission’s account, which has only 581 followers, and no explanation or apology was offered, Israeli media reported.

“This tweet reflects the true position of the Palestinians against Israel,” Marcos Sermoneta, Israel’s ambassador to Colombia, wrote shortly after in a tweet.

“For the first time, the Palestinians spoke the truth, not in Arabic but in Spanish, and that such action must be taken seriously because, otherwise why do  they not accept the right of self-determination of Jews in their own state,”  Sermoneta said in an interview with Diario de las Americas.

The Confederation of Jewish Communities of Colombia, the country’s umbrella Jewish organization, expressed its concern over “religious hatred.”

“We consider it extremely serious that a diplomatic mission officially accredited to the Republic of Colombia is an apologist for the destruction of a country, in this case Israel, which constitutes a violation of the protocols governing diplomacy and the minimum decency to be displayed by a diplomatic delegation, the confederation said in a statement.

Arafat’s quote appeared in The Washington Post in March 1970, long before he became Israel’s negotiating partner for peace or the head of the Palestinian Authority.