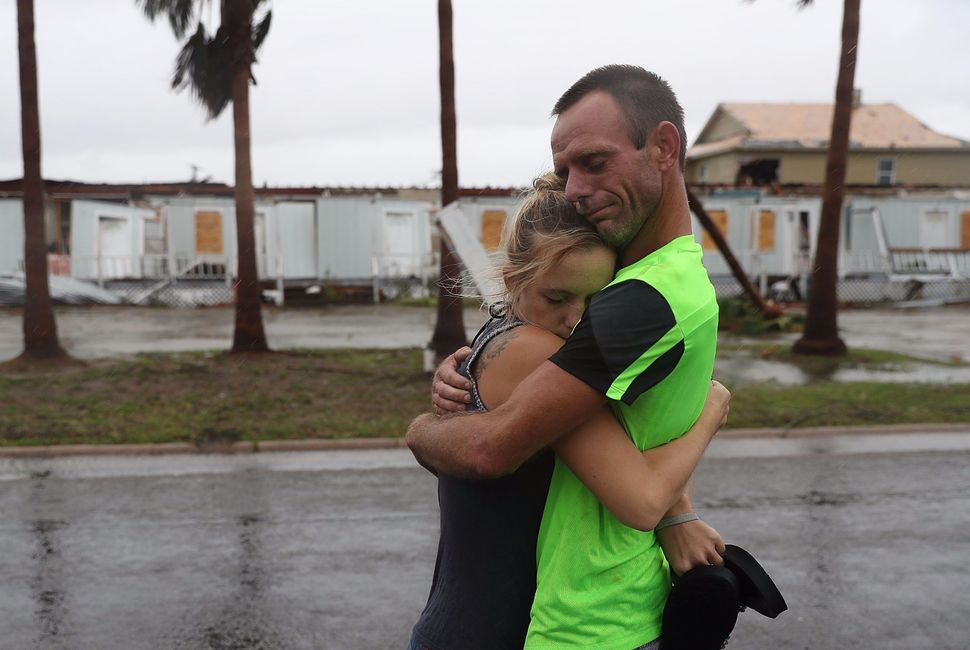 (JTA) — Private citizens who apply for Hurricane Harvey rebuilding funds in Dickinson, Texas no longer have to certify that they will not boycott Israel.

The Dickinson City Council on Tuesday voted to remove a clause from a relief application that had drawn the ire of the American Civil Liberties Union and pro-boycott activists, the Houston Chronicle reported.

The city, located near Houston, put the requirement in the application in order to comply with a new state law, signed in May, that requires all state contractors to certify that they are not participating in boycotts of Israel.

During the meeting on Tuesday, the council created two different applications for contracting with the city: one for businesses and one for private citizens. Businesses will still have to certify that they do not participate in the anti-Israel boycott.

Dickinson, a city of about 19,000, was hit especially hard by Harvey. More than three-quarters of its homes were damaged by the hurricane, and 830 were destroyed.

State Rep. Phil King, the author of the state legislation, said last week that the law, which went into effect on Sept. 1, “in no way applies to the type of situation that happened in Dickinson.”

The ACLU complained that linking aid to an individual’s support of the Israel boycott is a violation of free speech rights.