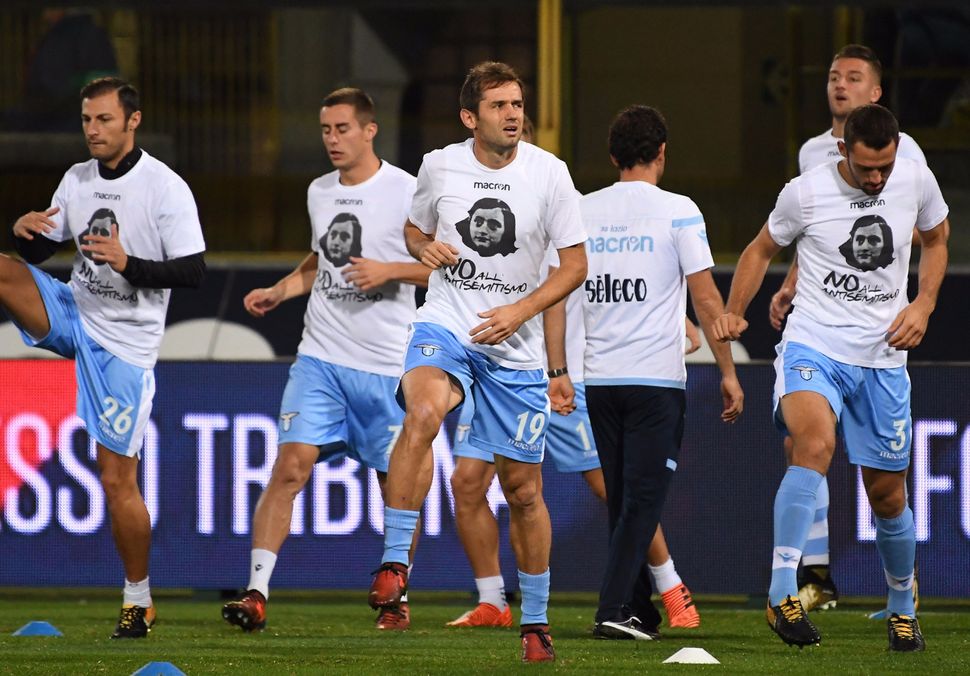 As a portion of Anne Frank’s diary was read over the loudspeaker at an Italian soccer match Wednesday night, a number of fans chose to turn their backs to the field and sing the Italian anthem, Deadspin reported. The reading and a moment of silence at the game for S.S. Lazio had been planned to quell concerns over overtly racist and anti-Semitic behavior of the team’s fans.

The decision was made after soccer fans distributed images showing Anne Frank wearing the soccer jersey of Lazio’s rival, Roma.

The fans who shouted over Anne Frank’s diary were supporters of Juventus, Lazio’s opponents Wednesday evening. Lazio fans were encouraged not to attend the match by the club’s “ultras,” a term for radical fans that often operate as a kind of mob force within the soccer organization.

Meanwhile, the president of the Lazio soccer team reportedly was heard on tape calling his visit to a Rome synagogue “a charade” and, referring to Jews, saying “These people don’t count a damn.”

Lazio President Claudio Lotito is denying that he made the remarks. On Tuesday, he laid a wreath of blue and white flowers at the synagogue and announced he would take 200 fans every year to visit Auschwitz.