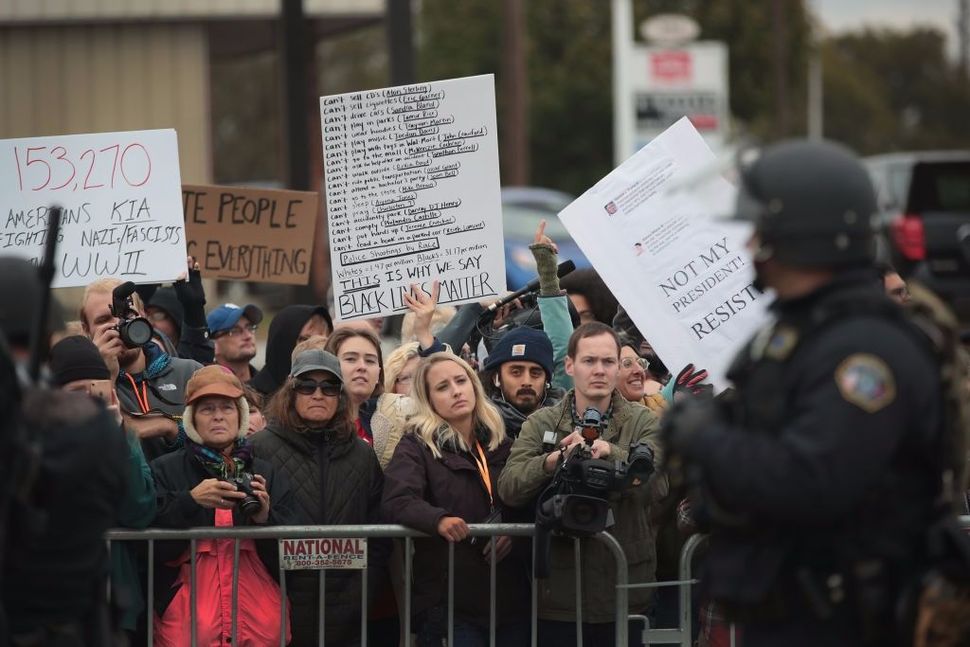 A so-called “White Lives Matter” rally organized by a neo-Confederate group called the League of the South went forward Saturday in the small town of Shelbyville, Tennessee, but a follow-up rally in nearby Murfreesboro was scuppered after the marchers learned they would be taunted and outnumbered by counter-protesters.

Both towns have in the past decade seen influxes of refugees, many from Middle Eastern countries.

Around 100 far-right protesters appeared in Shelbyville, outnumbered by 200 protesters, The Washington Post reported.

Police stood between the two sides, which shouted at each other. One man was arrested for disorderly conduct.

However, after it became clear that between 800 1,000 counter-protesters would be present in Murfreesboro, the event planners cancelled their second leg. Organizer Brad Griffin said that they had “nothing to gain” from the later march, which could be “a lawsuit trap. Not worth the risk.”

Around 30 white nationalists showed up anyway. They were regaled with chants of “shame,” “black lives matter” and “na na na na goodbye,” the Tennessean newspaper reported.

“I had to drive down” to the counter-protest, Jessica Ortega told CNN. You can’t live a couple hours away from something like this and not get up off your a** to protest. What will I tell my daughters? ‘Mommy was too busy watching football to protest a Nazi takeover?’ Not me. Not in my state.”