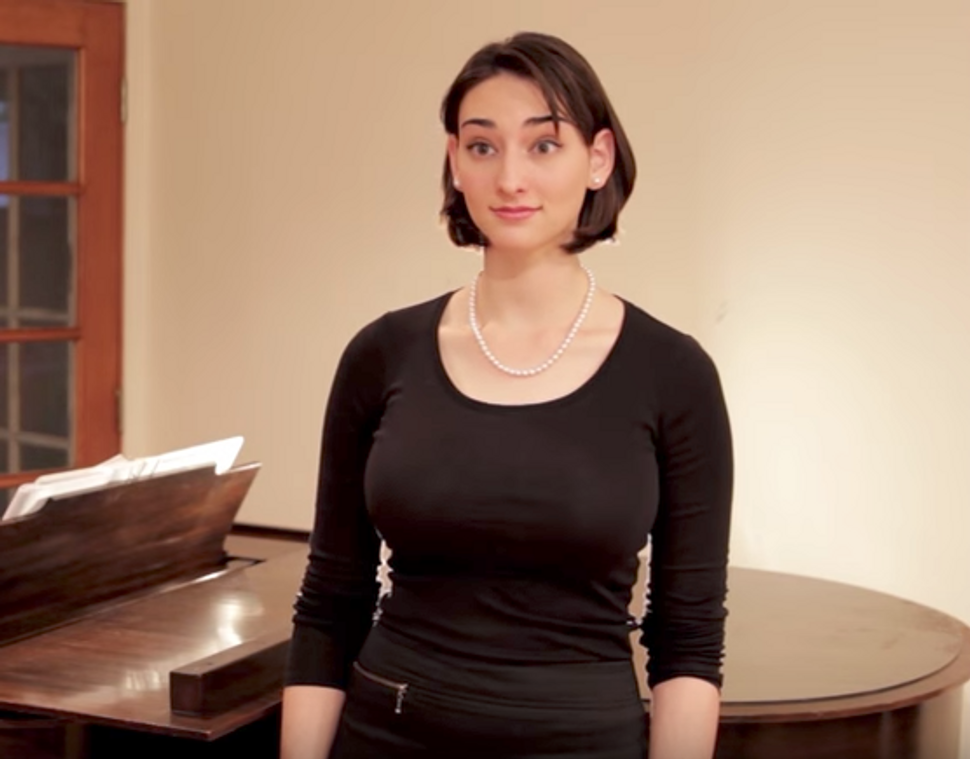 Conservative commentator Ben Shapiro was the journalist who was the biggest target of anti-Semitism last year, according to the Anti-Defamation League. Now, Shapiro’s sister has been caught in the crossfire.

The slew of abuse toward Abigail Shapiro, an opera singer, was first brought to light by Forward columnist Bethany Mandel. The invective included emails to her and nasty comments on her YouTube page, where Shapiro posts her performances.

She was also the subject of a comment thread on 4chan, the notoriously graphic and racist online commenting board. “I wanna Rape her, cut off her head, and send it to Ben,” wrote a typical commenter.

The Daily Heathen, an “alt-right” site, wrote an article titled “Ben Shapiro Now Using His Sister’s Khazar Milkers to Bring All the Goys to the Yard.”

Shapiro didn’t expect to be discovered by her brother’s racist antagonists — she and Ben aren’t even Facebook friends. Abigail has taken steps to combat the abuse — suspending commenting privileges on her YouTube channel and locking down her social media profiles. But she was determined to make the issue public.

“Now that they know who I am, I’m going to be living with these kinds of things forever — people sending me gross stuff,” Abigail told Mandel. “I’d rather it not be something I deal with privately. My name is going to be linked with Ben’s — at this point or down the line.”