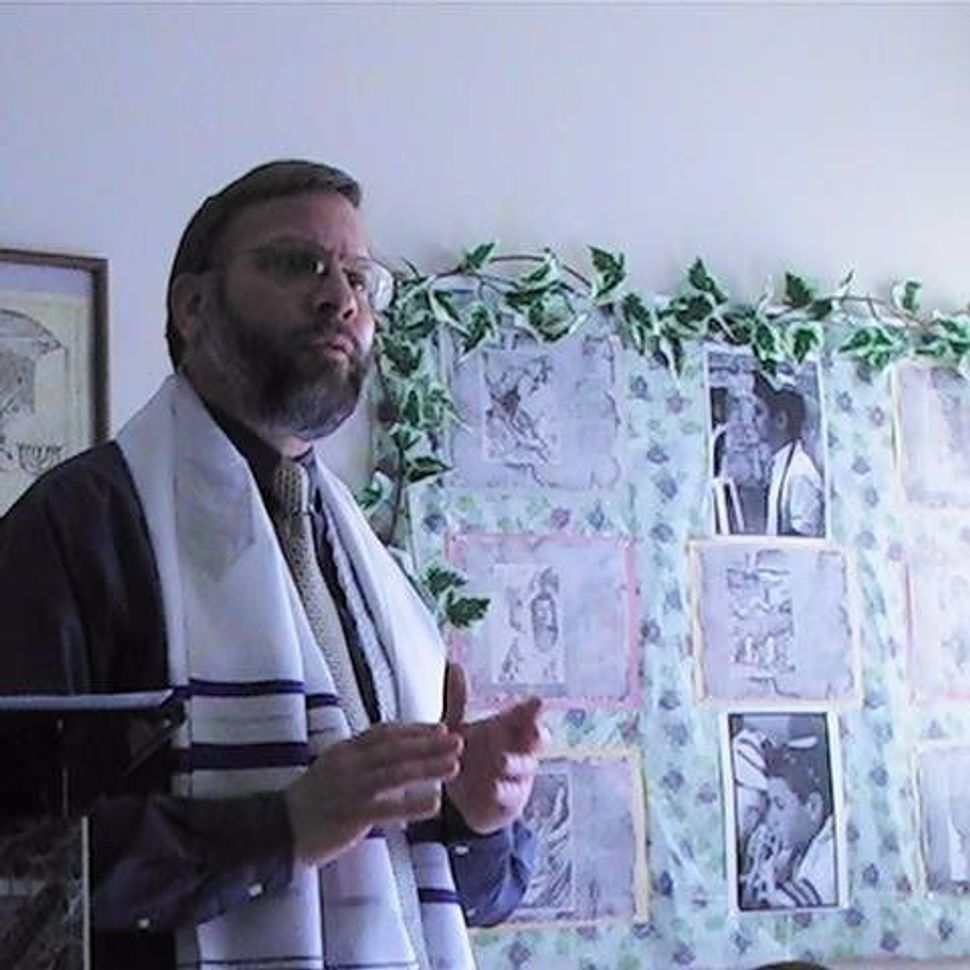 Thurlow Adams, dressed in tallit, goes by Rabbi Tziyon and leads a Messianic group in Ohio.

A new Messianic school in Dayton, Ohio, is prompting some backlash among the Jewish community.

According to a recent Dayton Jewish Observer report a so-called Messianic Jewish group named Ahavat Torah Yeshiva is ramping up online activity — but not clearly indicating to potential members that the group does not follow traditional Judaism and believes that Jesus Christ is the Messiah.

The Observer spoke with Reform and Orthodox rabbis in the area who decried the broader Messianic community as either not a “part of the Jewish people” or actively engaged in targeting Jews, presumably to convert them to Christianity.

But one Reform rabbi was more sympathetic and said that Messianics and Christian evangelicals should be seen as political allies to Israel. “Our church alliances are shifting. The evangelicals are supporting Israel, and many of the liberal movements are not,” said Rabbi Judy Chessin of Temple Beth Or.

Chessin also said she welcomes Messianics into her community. “We had people at our High Holy Days, we had people at Sukkot — maybe 10 people — so obviously this community is looking for someplace to celebrate what feels like home to them.”

The Messianic group appears to be going through some internal shifts and recently changed its name from Beth Simchat Yeshua Messianic Jewish Synagogue to Ahavat Torah Yeshiva. The leader of the congregation is named Thurlow Adams; he goes by Rabbi Tziyon.