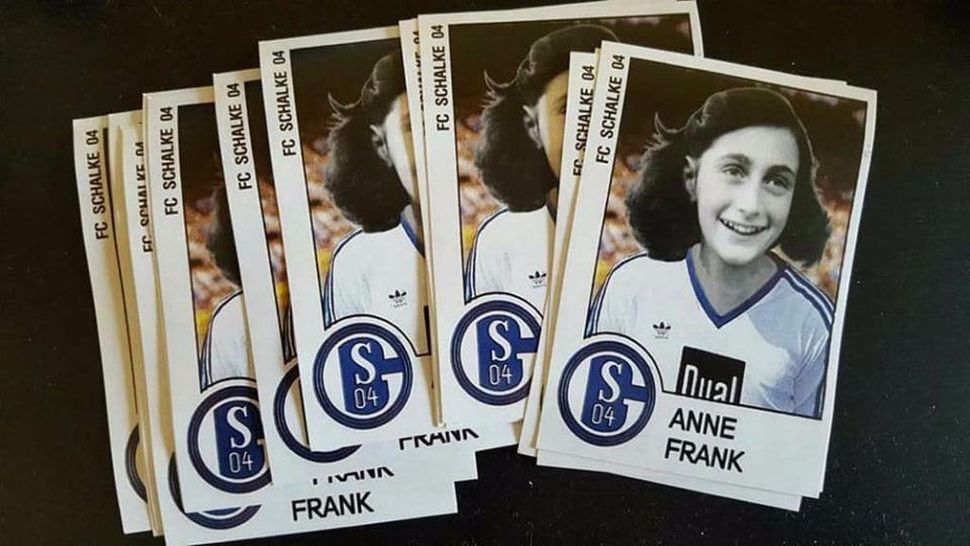 German police are investigating a series of fan-made stickers of Anne Frank dressed up as a soccer player, the Jewish News reported.

The Holocaust victim is shown wearing the jersey of Schalke, the archrival of the alleged creators, who are fans of the Borussia Dortmund club.

The stickers come after supporters of Lazio, an Italian team, produced similar images of Frank as a player on their rival team, Roma. The president of Lazio then called a subsequent visit to a synagogue “a charade.”

A statement released by another club in the German league distanced the team from the stickers, which it called anti-Semitic.

“Before anyone should come up with the completely absurd idea that the 1. FC Lok have something to do with such an adversity, we would like to clarify once again: The 1. FC Lokomotive Leipzig distances itself sharply from all forms of anti-Semitism and fascism,” the statement read.

In early October, a Halloween costume site removed an Anne Frank costume after an uproar on social media.