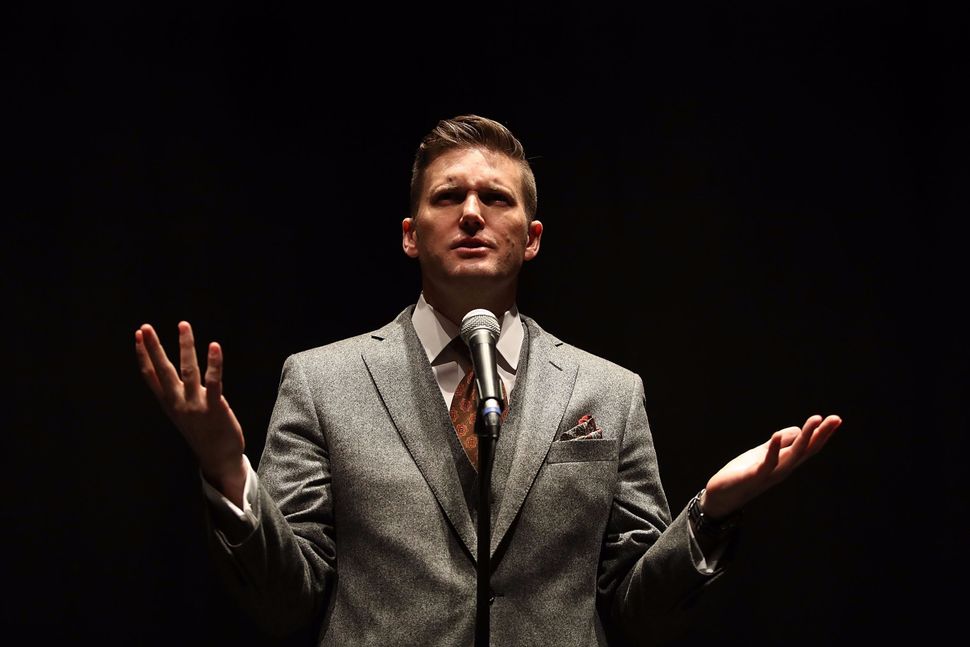 As part of their preparation for the scheduled visit of white nationalist Richard Spencer next month, the University of Cincinnati released a 2-minute-long clip cautioned students to think carefully about their response to the “alt-right” figurehead.

“The choice of how we respond to Richard Spencer’s visit is ours to make,” speakers in the video recite while looking at the camera, “We are one UC. We chose love.”

The video does not give exact directions or advice about how students should respond, but rather includes a range of students and community leaders who seem to urge a united but peaceful reaction. It is also framed as an existential moment for the community. “If we allow him to win,” one speaker says, “then we stand to lose the soul of this great university.”

A date has not been set for the speech.

This comes weeks after Spencer’s fraught appearance at the University of Florida, after which a trio of men were arrested for firing a gun into a crowd of counter protestors.

College campuses across the country are seeing a surge in white nationalist outreach — and struggling with how to respond appropriately. Spencer, like other self-styled “Identitarians” seeks to create a white-only ethno state. Spencer views whites as an imperiled people, threatened by a “rising tide” of brown and black people — Jews, according to this view are either directly causing or benefiting from the perceived downfall of the white nation.