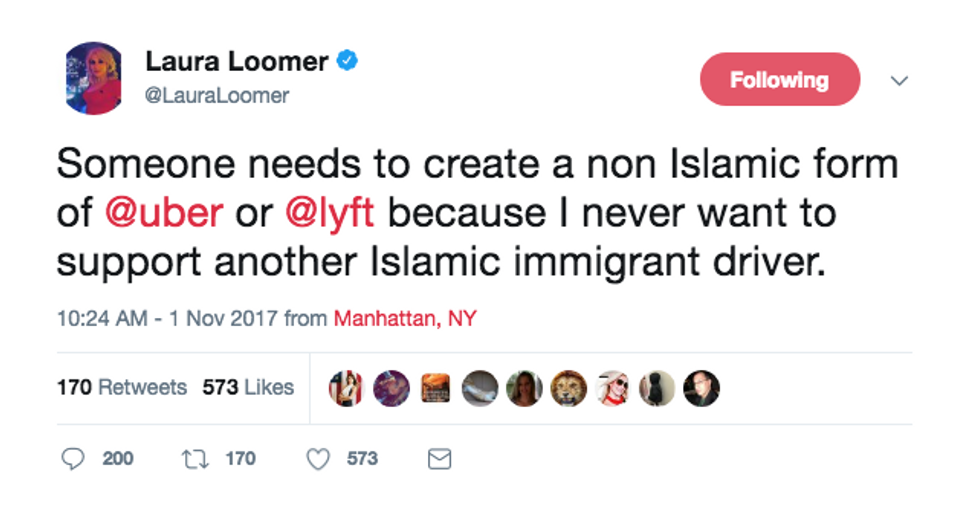 Laura Loomer, a far-right activist and self-styled “citizen journalist,” was banned from Uber and Lyft after a series of racist tweets yesterday, Business Insider reported. The two largest rideshare companies disabled Loomer’s accounts after she tweeted that she “never want[s] to support another Islamic immigrant driver.”

Loomer was at the crime scene of the truck-ramming attack on Manhattan’s West Side Highway yesterday. At one point, she tweeted a picture of two women walking in hijabs and seemed to accuse them of taunting New Yorkers simply by being the same religion as Tuesday’s attacker.

You’d think they’d have the decency to not walk around in hijabs @ cross street of the attack. But they don’t. I bet they’re loving this.

Loomer then complained of being late to a press conference because she could not find a non-Muslim Uber or Lyft driver. Uber and Lyft only list the name and a picture of their drivers on their apps.