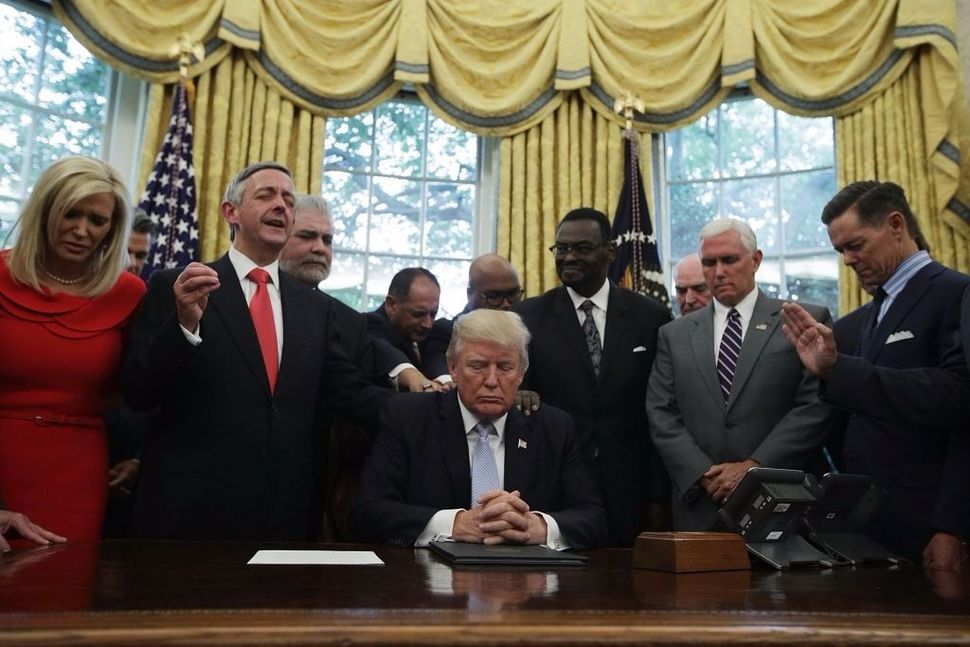 Let Us Pray: President Trump, Vice President Mike Pence and faith leaders say a prayer during the signing of a proclamation in the Oval Office. Image by Alex Wong/Getty Images

WASHINGTON (Reuters) – U.S. religious entities would be allowed to engage in political activity without the risk of losing their tax-exempt status under a Republican proposal to overhaul the tax code unveiled on Thursday, a move that could give influential community leaders more latitude to try to influence voters.

The plan would eliminate a provision in the tax code known as the “Johnson Amendment,” which prohibits churches from using church resources to encourage voting for or against a candidate. A religious leader can currently endorse a candidate in their personal capacity, but they cannot do so within the confines of their church, mosque or synagogue or use their staff to help a candidate.

The change would apply to all religious groups that register as non-profits, including places of worship for Christians, Muslims and Jews.

The announced change was part of a proposed cut in the corporate tax rate to 20 percent from 35 percent is the centerpiece of the tax proposal unveiled by House of Representatives Republicans. The plan would also reduce tax rates on some individuals and families.