Franken Demands Answers From Sessions On Russia After Papadopoulos Plea 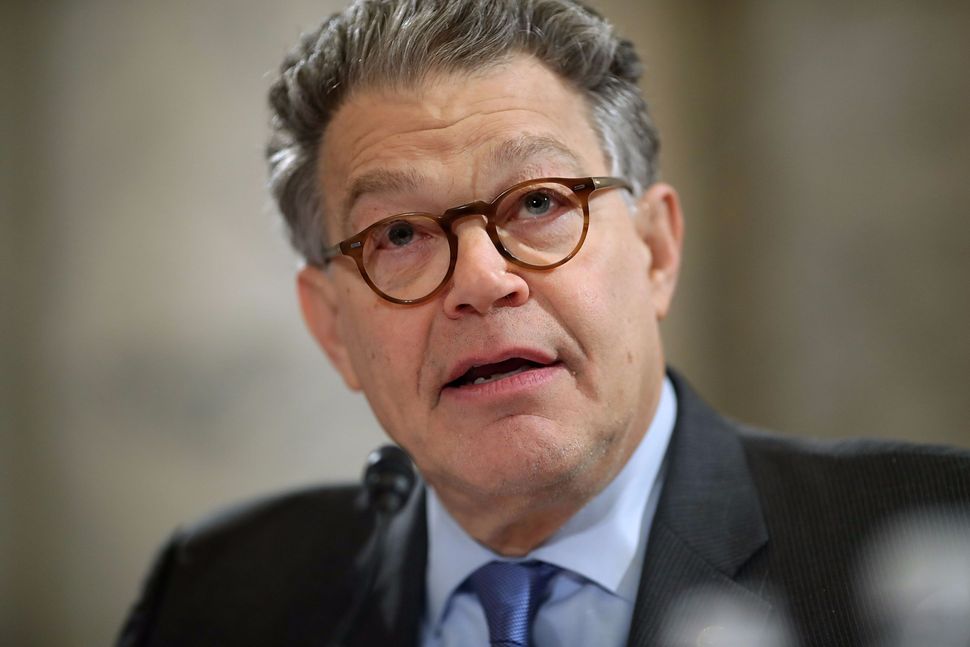 Sen. Al Franken questions Sen. Jeff Sessions during his confirmation hearing to be the next U.S. Attorney General. Image by Chip Somodevilla/Getty Images

Sen. Al Franken publicly released a letter to Attorney General Jeff Sessions on Thursday asking him to clarify his past statements on his knowledge of Russian connections to the Trump presidential campaign in light of the guilty plea by former campaign aide George Papadopoulos.

According to press reports, Sessions was present when Papadopoulos announced in March 2016 that he had had conversations with figures close to Russian president Vladimir Putin and proposed setting up a meeting between Putin and Trump. But Sessions told Franken in sworn testimony last month that the was not aware of any contacts between Trump campaign figures and Russians.

“Once again, developments in the ongoing investigation into Russian interference in the 2016 election have brought to light evidence that you failed to tell the truth about your interactions with Russian operatives during the campaign, as well as your awareness of Russian contacts by other members of the Trump campaign team,” Franken wrote in his eight-page letter, which includes a series of questions for Sessions about his knowledge of Papadopoulos’ affairs. Franken’s letter includes 35 separate questions.

Franken and Sessions previously clashed during Sessions’ confirmation hearing in January, when Sessions said that he had never made any contact with Russian officials during the campaign. Sessions later admitted that he had, in fact, met several times with the Russian ambassador to the United States.

Franken Demands Answers From Sessions On Russia After Papadopoulos Plea