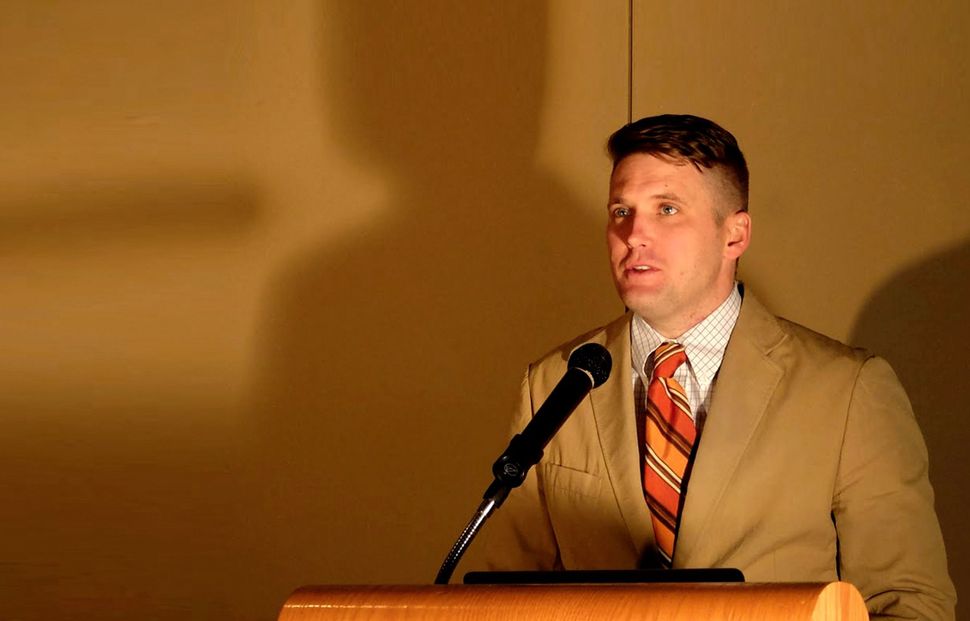 A white nationalist group led by the self-styled “alt-right” figurehead Richard Spencer was barred from holding its annual conference in a federal office building because of security concerns raised by the building’s management company, the New York Times reported.

The decision comes as schools and towns are grappling with the question of when and how to allow white nationalist groups to speak in public spaces.

Spencer’s think-tank, the National Policy Institute, had planned to hold a meeting on Nov. 19 at the Ronald Reagan Building and International Trade Center in downtown Washington — the same venue where the group had held its celebratory post-election gathering last year during which handful of attendants gave Nazi salutes as Spencer spoke.

Spencer, like other white nationalists in his camp, promulgates the idea that the white race is imperiled by a “rising tide” of brown and black people — and that Jews profit from or are working towards the downfall of whites.

Spencer told The Washington Post that he was “shocked” when he learned that the building turned down his group’s request. The Reagan building is owned by the General Services Administration and is open for both government and private use.