Was Ivanka Trump’s Skirt Too Short For Conservative Japan?

Ivanka Trump is big in Japan. But she earned groans in Tokyo when she wore a way-above-the-knee skirt to a policy conference. 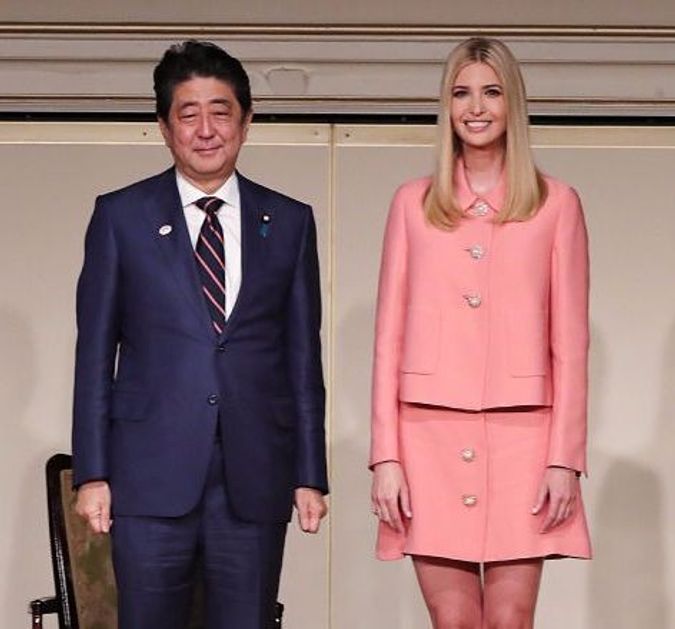 The presidential daughter was showing plenty of thigh in her $1,700 pink Miu Miu outfit that she wore to the World Assembly for Women on Friday.

Twitter screamed foul because Japanese culture is quite conservative, with many claimed it wss inappropriate to sport such a revealing look when President Shinzo Abe was on hand to introduce her.

@IvankaTrump Love you, but your pink skirt was too short , especially in Japan…what were you thinking? love Valerie

Ivanka Trump spoke on workplace harassment and economic empowerment for women a day before her presidential dad jetted in at the outset of his 12-day trip to Asia.

Oh my God, that skirt is wayyy too short. You’re sitting down on a stage. Have some dignity and self respect.

It’s not the first time Ivanka Trump has faced scrutiny about her appearance. Some say as an Orthodox Jewish woman, she should strive for a more modest look.

Was Ivanka Trump’s Skirt Too Short For Conservative Japan?