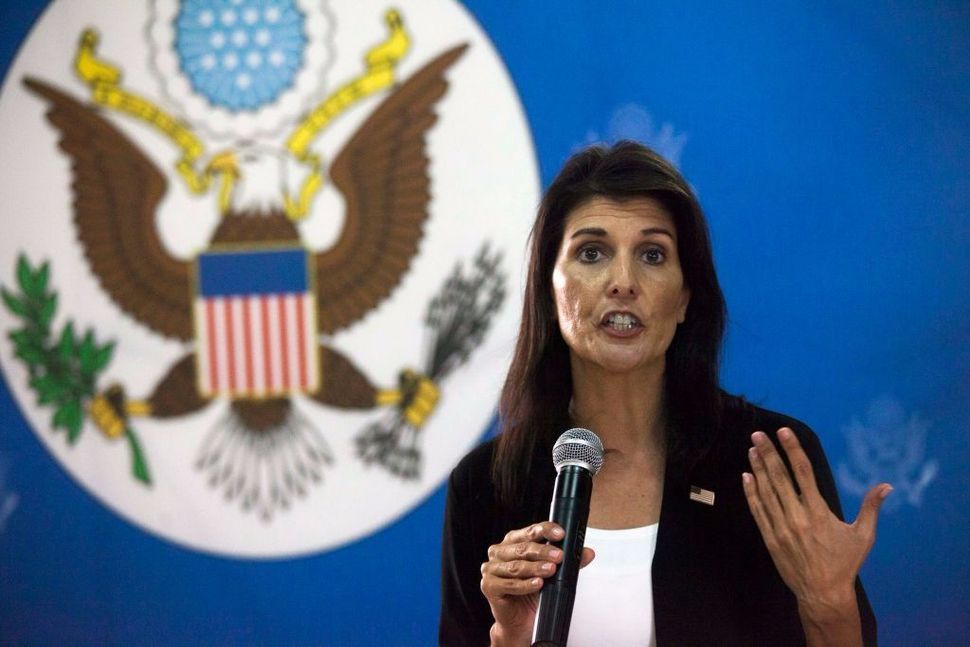 WASHINGTON (JTA) — The United States is ready to pull out of the U.N. Human Rights Council unless it institutes reforms, including removing Israel as a permanent item on its agenda, U.S. Ambassador Nikki Haley told an Israeli American audience.

“The Human Rights Council will either adopt these reforms, or the United States will leave,” Haley said to applause at the annual Washington confeerence of the Israeli American Council.

Haley said U.S. proposed reforms include removing “Item 7” that requires a report on Israeli actions in the West Bank each time the panel convenes. She said the United States also wanted structural changes that would keep major human rights abusers from joining the council; she noted the Democratic Republic of Congo’s recent ascension to the council.

Haley said the U.S. delegation was endeavoring to keep unpublished a list the U.N. Human Rights Council is compiling of companies doing business with West Bank settlements. Israel and the United States see the list as a blacklist for boycotters.

She described one of the Obama administration’s last acts — allowing through a U.N. Security Council resolution condemning settlements — as a “betrayal” of Israel.