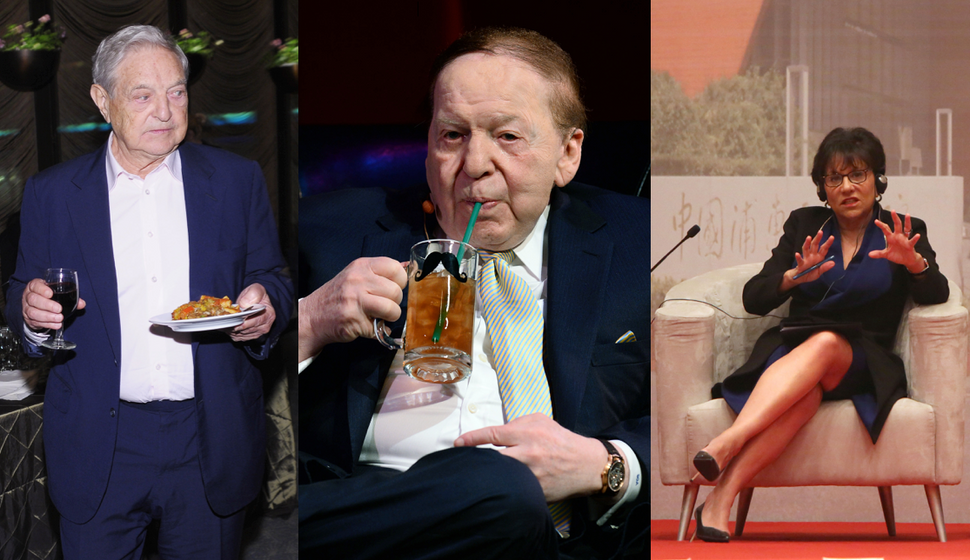 The so-called Paradise Papers, detailing how the world’s richest use offshore accounts to evade taxes, have exposed the investments of several major Jewish political donors, the New York Times reported. The papers show that when it comes to stashing their cash, the nation’s wealthiest are in-step with one another on how to do it — even when they are political enemies.

Among the names that have come up in the leaked documents include George Soros and Penny Pritzker, billionaire philanthropists who donate heavily to Democratic causes; and Sheldon Adelson and Carl Icahn, billionaires who donate to Republicans and their allies. Both Adelson and Icahn have strong ties to President Trump.

Each billionaire has been a client of Appleby, one of the world’s top firms specializing in offshore accounts. “The Right People. The Right Places,” is one of the firm’s slogans.

Unlike the Panamanian firm Mossack Fonseca, whose clients and dealings were exposed in the Panama Papers leak, Appleby, based in Bermuda, appears not to engage with overtly corrupted or criminal individuals.

Other high profile individuals to show up in the papers include Bono, Madonna and Queen Elizabeth.