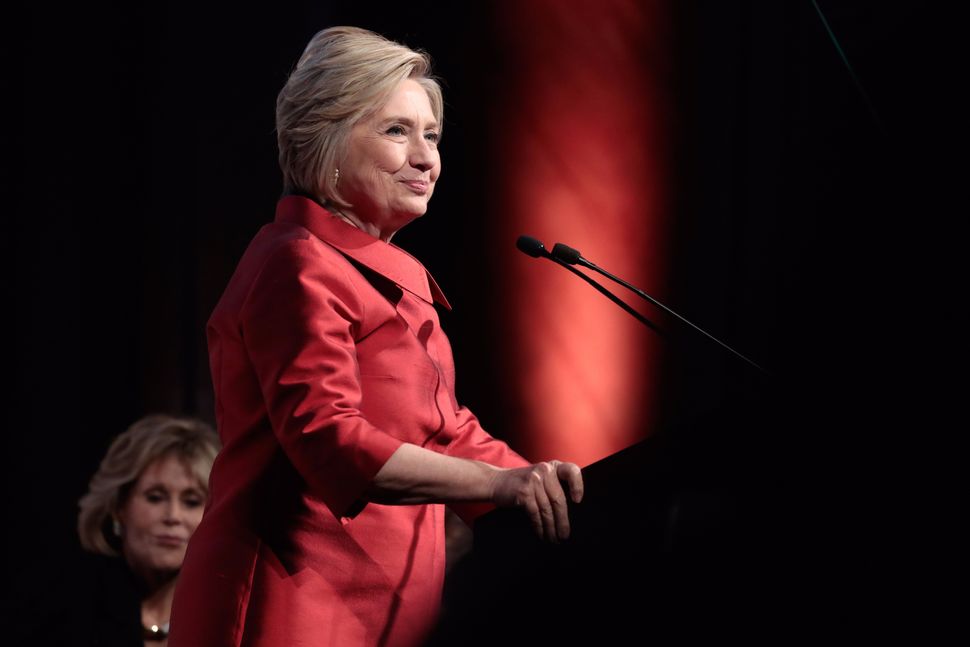 “Let’s keep what we did in perspective, those of us arrested were white with excellent pro bono lawyers standing ready,” Kleinbaum wrote on Facebook at the time. “Honestly, I can’t take credit for profound courage. I’m not facing daily bombings or fleeing in terror. I don’t face police brutality because I am black or brown. That’s real courage. But I will use whatever voice I DO have to speak in the name of my God and my tradition against the injustices being done.”

Clinton has spoken widely since her defeat in the 2016 presidential election. She appeared last week at Temple Emanu-El in Manhattan to discuss her book “What Happened.”