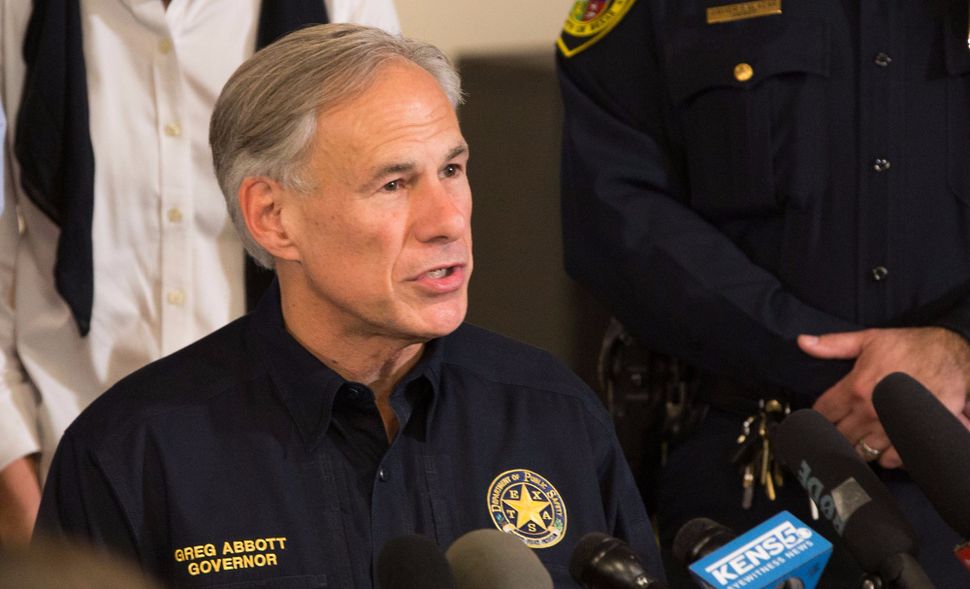 The Anti-Defamation League called Texas Governor Greg Abbott’s comments about the Sutherland Springs shootings “offensive” and “insensitive,” Chron reported Wednesday. The governor came under fire after downplaying the shooting, which killed 26 people, in the context of Adolph Hitler and other historical mass murders.

“Look at what happened with Hitler during the horrific events during that era, and Mussolini, and go back in time before that to the earlier ages, the Middle Ages, when people committed horrific crimes,” Abbott said. “And when you go back through the history of the Bible, there was evil that took place from earliest stages of the Bible to post-New Testament, so evil is something that has permeated this world.”

On Wednesday the ADL released a statement condemning Abbott’s words.

Abbott’s office has not yet responded to the outcry created by his words.