After Ignoring NYPD, 7 JVP Activists Were Arrested In ADL’s Lobby 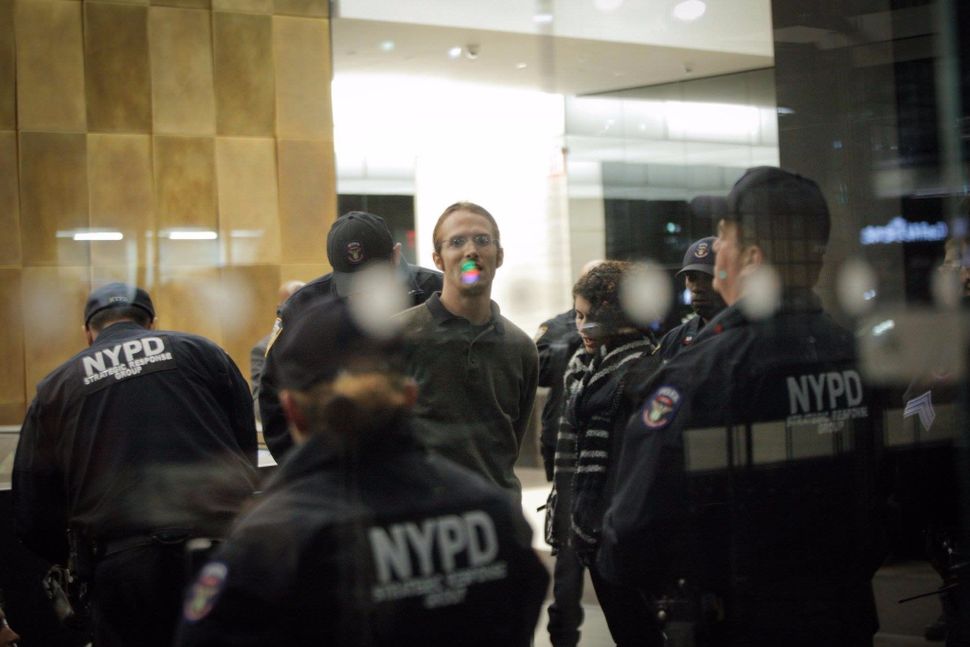 Seven activists from the organization Jewish Voice for Peace were arrested Wednesday evening after refusing to leave the lobby of the Anti-Defamation League’s headquarters in New York. The activists, who ranged in age from 24 to 72, were singing and chanting in the lobby.

JVP had coordinated multiple protests against the ADL across the country. The group was protesting the ADL’s facilitation of training and educational exchange between U.S. law enforcement and the Israeli military.

“The fact that law enforcement agencies in both countries are building on each other’s ‘worst practices’ of racial discrimination is appalling, and even more so when these exchanges are facilitated by a self-proclaimed civil rights organization like the ADL,” said Asaf Calderon, member of Jewish Voice for Peace, in a statement.

According to JVP, about 100 activists gathered at the ADL’s building in Midtown Manhattan before being asked to disperse by police officers.

After Ignoring NYPD, 7 JVP Activists Were Arrested In ADL’s Lobby