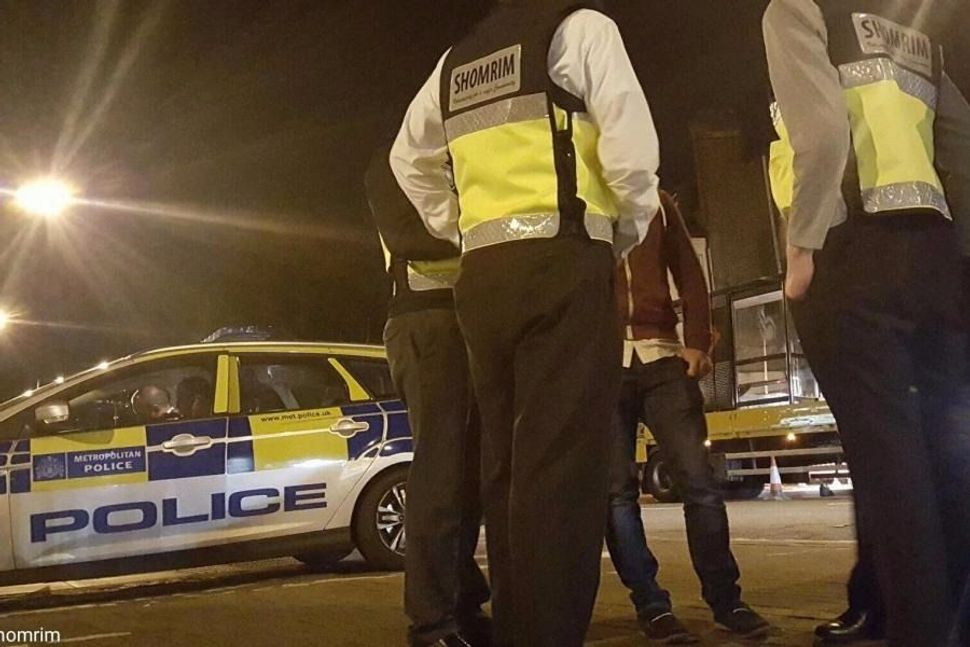 The Shomrim Jewish security agency in London. Image by Twitter

(JTA) — A 70-year-old Jewish woman was hospitalized with a concussion after being attacked by an assailant who called her “Zyd,” Polish for “Jew.”

The male attacker smashed her head into a brick wall while shouting “Zyd” during the attack on Saturday afternoon in London’s Stamford Hill neighborhood, which has a large Orthodox Jewish population, the London-based Campaign Against Anti-Semitism reported on its website.

The incident was first reported by the London chapter of the Shomrim Jewish neighborhood watch organization.