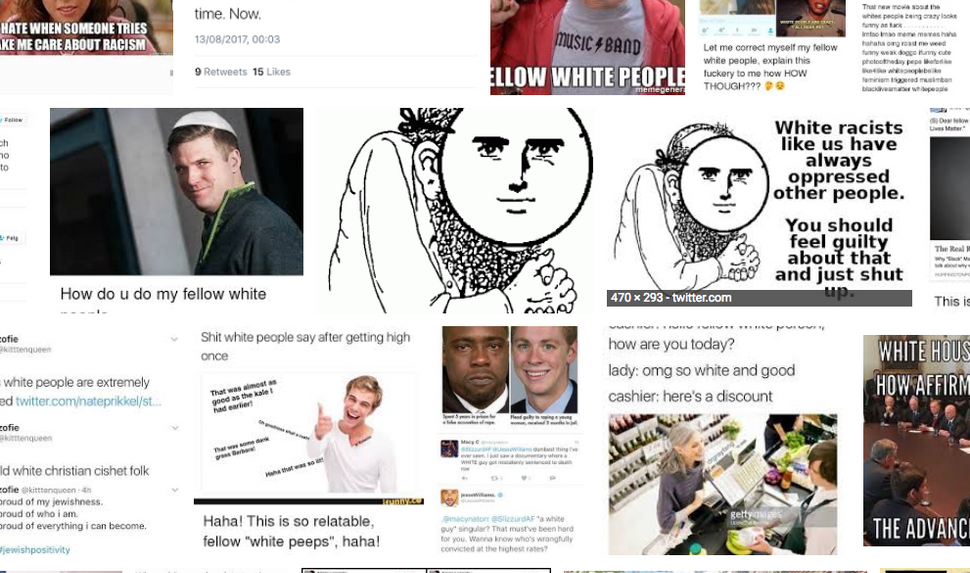 It’s hard to keep up with the lingo of the “alt-right,” which morphs and adapts at the speed of the Internet. Some of the phrases are obviously bigoted, others seemingly benign.

One relatively new, particularly anti-Semitic, meme known as “fellow white people” requires some unpacking. It’s not new but has recently bubbled up to the surface again in recent weeks — and it promulgates the belief that Jews are merely “masquerading” as whites as a way to tear down the white nation from the inside.

The meme is sometimes accompanied with a modified version of the “happy merchant” meme — picturing the hook-nosed anti-Semitic caricature wearing a “white” mask.

The meme is meant to highlight what the “alt-right” sees as the “shapeshifting” and ultimately non-white nature of Jews. Jews, the thinking goes, call themselves white when they want to appeal to “fellow whites” — and call for things like immigration reform or civil rights — but also call themselves members of a minority class when it suits them.

The broader debate around Jews and whiteness is fraught and breaks out within the Jewish community every few months. What this meme suggests is that, regardless of what any Jew may feel, the “alt-right” sees them as non-whites.