Adelson Breaks Publicly With Bannon After Ghosting Him At Gala 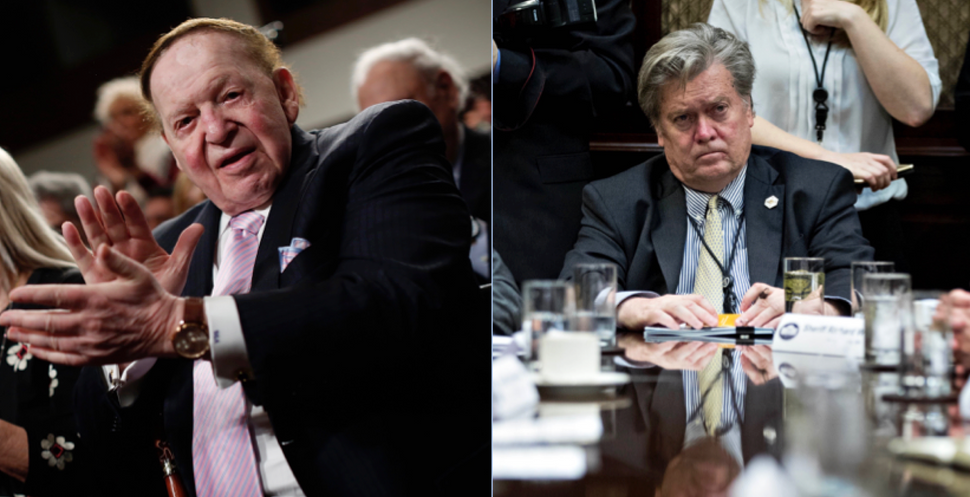 Republican mega-donor Sheldon Adelson broke publicly with Steve Bannon on Monday after missing a major gala event where Bannon was set to introduce the influential billionaire, Politico reported. The Adelsons skipped the Zionist Organization of America gala, where Bannon declared himself a “Christian Zionist” and was celebrated along with fellow former White House staffer Sebastian Gorka.

In a statement from a spokesman, Adelson indicated he would not be supporting Bannon’s self-proclaimed war on the Republican establishment.

“The Adelsons will not be supporting Steve Bannon’s efforts,” said Andy Abboud, an Adelson spokesman. “They are supporting Mitch McConnell 100 percent. For anyone to infer anything otherwise is wrong.”

Politico reported that people close to Adelson had grown concerned that he would support Bannon’s insurgency against incumbent Republicans. Adelson reportedly skipped the ZOA gala because he did not want to be seen as implicitly endorsing Bannon’s efforts.

Adelson Breaks Publicly With Bannon After Ghosting Him At Gala