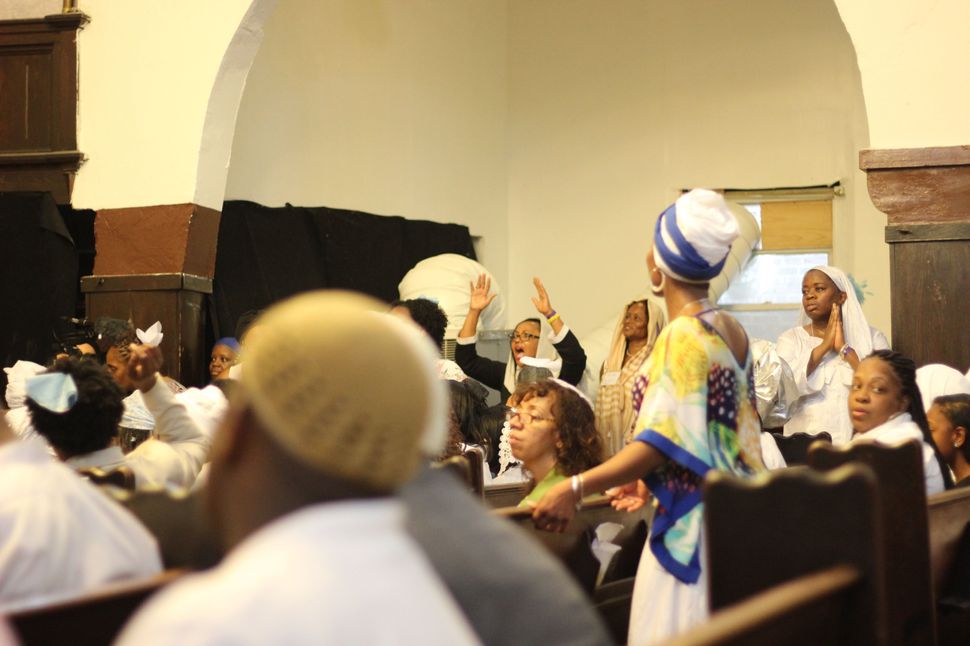 A prominent Hebrew Israelite synagogue in Brooklyn was heavily damaged in a fire on Tuesday after a worker wielding a welding torch on the roof accidentally set the building ablaze.

The fire at Bnai Adath Kol Beth Yisrael in Bedford-Stuyvesant began at around 9:10 a.m., the Daily News reported.

The fire lasted more than two hours and took more than 100 firefighters to subdue. Three people suffered minor injuries. One worker was reportedly charged with two counts of reckless endangerment.

“We have no choice but to rebuild, so that’s what we’re going to do — rebuild,” Rabbi Baruch Yehuda told the Daily News.

“The only thing I can express is that my heart feels broken,” congregant Kaveh Levi added. “There are so many emotions and thoughts and memories tied to this place. I was bar mitzvahed here. It’s a lot to process.”

The building itself dates back to the 1800s. It was bought by Hebrew Israelites in 1967 and became a center of their national community, hosting events like annual commemorative Shabbats and inaugurations for members of the International Israelite Board of Rabbis.

Hebrew Israelites are people of color, mostly African Americans, who view the biblical Israelites as their historic ancestors.