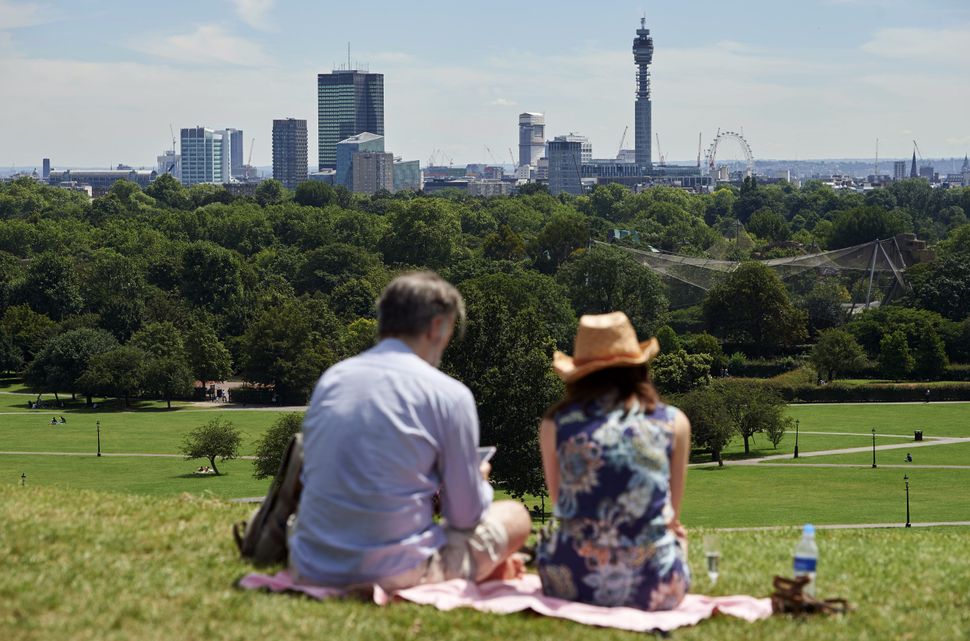 A Jewish teenager was stabbed in an attack by four assailants as he stood with several female friends in a beloved park in a wealthy north London suburb, the Jewish Chronicle reported.

The teenager, 16, was attacked around 9:30 PM Tuesday evening. He and four friends were standing on Primrose Hill, a park in a wealthy suburb of London home to celebrities like Sienna Miller and Jamie Oliver.

“It is vital that we trace and apprehend those responsible for this motiveless and cowardly attack,” said Detective Sergeant Steve Masterson. The police have not called the incident a hate crime.

According to the Daily Mail, 16 teenagers have been fatally stabbed in London this year, already surpassing the number of stabbings in 2016.