Al Franken Accused Of Groping Radio Host While She Was Sleeping 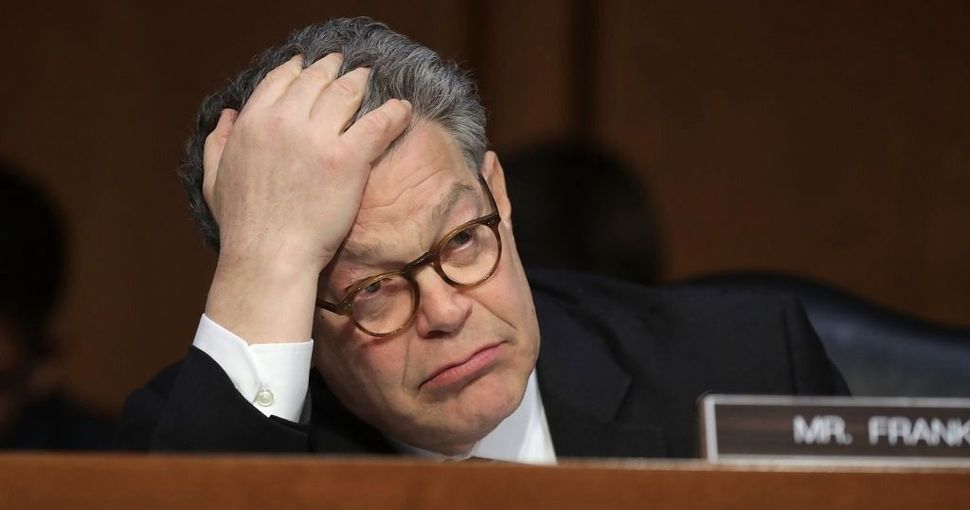 A California radio host has accused Sen. Al Franken of groping her while she was asleep when they were both visiting troops in the Middle East.

Leeann Tweeden, a news anchor for KABC in Los Angeles, wrote on her station’s website that the events took place on a USO tour in December 2006.

Tweeden wrote that Franken, then a comedian best known for his work on “Saturday Night Live,” tried to write a skit that required them to kiss, and repeatedly insisted that they rehearse it against her will. After the kiss, Tweeden wrote, she felt “disgusted and violated.”

She also wrote that on their flight back from Afghanistan, she fell asleep, only to wake up and see a photograph of Franken grabbing her breast while she slept.

“I wanted to shout my story to the world with a megaphone to anyone who would listen, but even as angry as I was, I was worried about the potential backlash and damage going public might have on my career as a broadcaster,” she wrote. “But that was then, this is now. I’m no longer afraid.”

Franken, a Democrat, issued a statement of apology, writing: “I certainly don’t remember the rehearsal for the skit in the same way, but I send my sincerest apologies to Leeann. As to the photo, it was clearly intended to be funny but wasn’t. I shouldn’t have done it.”

Senate Majority Leader Mitch McConnell has called for a Senate Ethics Committee investigation of Franken. “Regardless of party, harassment and assault are completely unacceptable—in the workplace or anywhere else,” McConnell said.

Franken was one of many Democrats to return campaign contributions from Hollywood mogul Harvey Weinstein after numerous women came forward alleging that they were sexually assaulted by Weinstein.

Update, 1:10 p.m.: Franken issued a longer statement of apology, saying that the picture of him with Tweeden is “completely inappropriate. It’s obvious how Leeann would feel violated by that picture. And, what’s more, I can see how millions of other women would feel violated by it—women who have had similar experiences in their own lives, women who fear having those experiences, women who look up to me, women who have counted on me.” Franken also asked for an ethics investigation into himself, and pledged to cooperate.

Al Franken Accused Of Groping Radio Host While She Was Sleeping