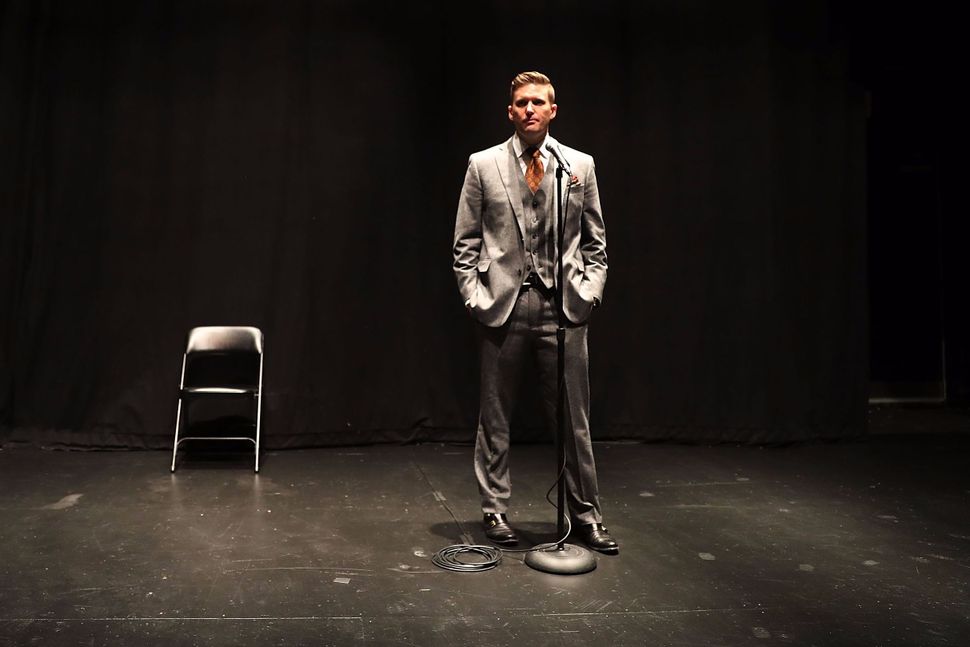 Richard Spencer, the white nationalist, said he may leave Twitter after losing his verification badge Wednesday. In two tweets posted Thursday evening, Spencer announced the potential move and bemoaned what he called an attack on free speech.

“Twitter had the chance to become a true global public square, the preeminent free-speech platform of the digital age,” Spencer wrote. “Instead, its leadership seems to want just another safe and boring place, for safe and boring opinions.”

Twitter unverified several far right figures on Wednesday, removing the small blue checkmark badge from their username on the site. The move came after the company updated its verification policy.

The new policy states that a user can lose their badge if they “promote hate” on the basis of several protected categories.

Twitter users responded to Spencer’s tweet with a string of celebratory GIFs, and multiple users posted the footage of Spencer being punched in the face.

Laura Loomer, a self-styled “citizen journalist” who frequently tweets hateful messages about Muslims, was also unverified. She compared Twitter’s unverification campaign to “Hitler” in a tweet.