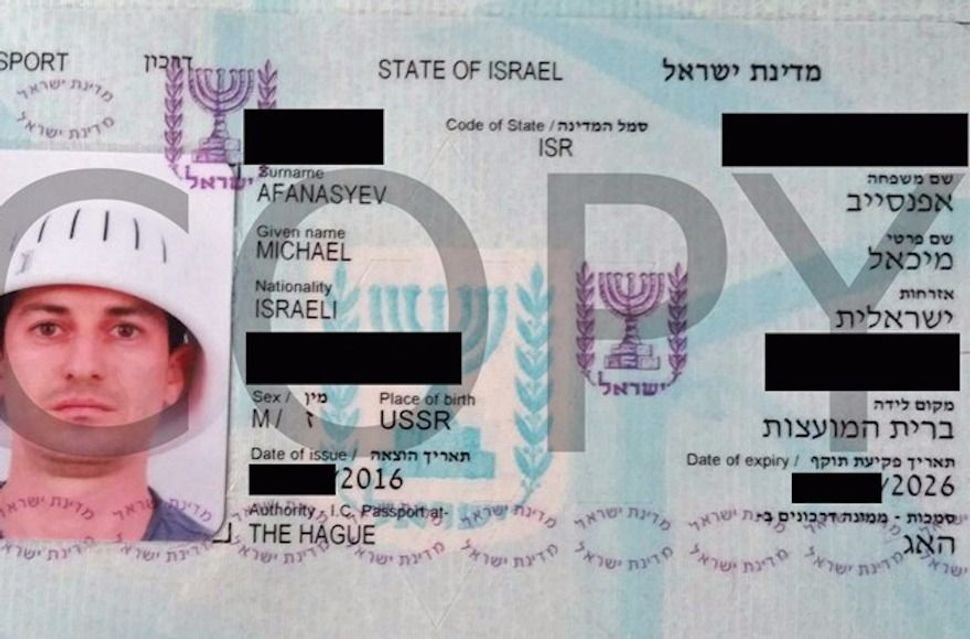 Afanasyev wearing a colander on his head in his passport photo. Image by JTA

AMSTERDAM (JTA) — The Dutch human rights ombudsman agreed to review an Israeli student’s religious discrimination complaint over his university’s refusal to allow him to wear a pirate suit to his thesis defense.

The College for Human Rights, a government watchdog, said it would mediate in a talk on Tuesday between Michael Afanasyev, a 38-year-old Russia-born Israeli geohydrologist completing his PhD thesis at Delft University of Technology, and faculty, the Omroep West broadcaster reported.

Afanasyev requested permission for wearing the unusual clothing citing his belonging to the Church of the Flying Spaghetti Monster, or Pastafarianism. Many of the followers of the movement regard it as a form of spoofing or opposing elements of organized religion seen as irrational by the movement’s founders in 2005 and followers since then.

The main founder of the movement, whose loose set of rules includes showing up in pirate costumes to official events, Bobby Henderson, has said that a decline in the number of pirates over the years is the cause of global warming.

Last year, a federal judge in the United States ruledthat Pastafarianism, whose followers often challenge governments and courts for recognition, is not a real religion. But earlier this year, the Dutch Chamber of Commerce reversed following an appealits earlier refusal to register the movement as a church. It was registeredas such earlier this year.

Afanasyev’s complaint touches on a sensitive issue in the Netherlands, where in recent years the influx of Muslim immigrants has ushered in an acrimonious debate on the permissibly of wearing religious symbols in public. Delft University of Technology allows students to wear religious items such as kippahs and head covers at official functions but have nonetheless declined Afanasyev’s request, with a spokesperson calling it “inappropriate,” Omroep West reported.

Backing up his claim, Afanasyev presented to the media and to the College for Human Rights with a picture of his Israeli passport, in which he is seen wearing a colander on his head.

He said the Israeli interior ministry allowed him to wear it in the picture.