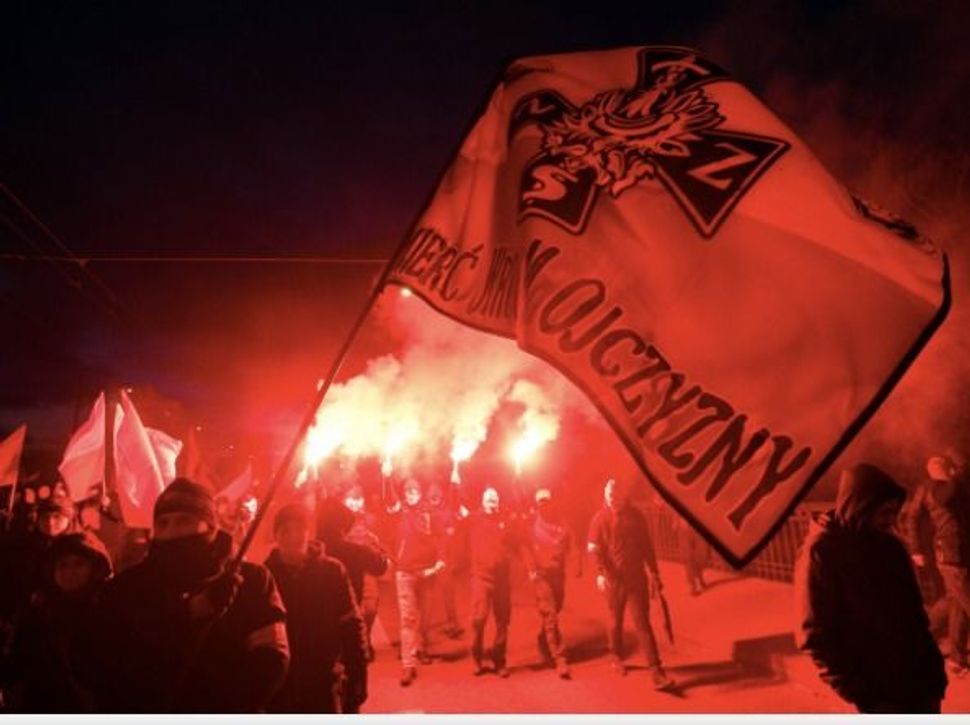 (JTA) — Polish police seized a banner reading “no Jews, speculators and traitors allowed” from the entrance to a hotel that reportedly is owned by an ultranationalist who is jailed for anti-Semitic hate speech.

Officers were sent Thursday night following the surfacing of images on social networks showing the banner on the gate to the Dom Polski hotel in the eastern suburb of Cesarzowice, Paweł Petrykowski, a spokesperson for the police department of the Lower Silesia Province, told TVP, Poland’s national public broadcaster.

The hotel, which featured the banner since spring, is owned by Piotr Rybak, an ultranationalist who earlier this year was sentenced to three months in prison for burning an effigy of a Jew at a 2015 demonstration in Wroclaw against Muslim immigration, Cesarzowic Mayor Jolanta Szulc told TVP.

The regional prosecutor’s office is looking into charging Rybak with another indictment for racist hate speech in connection with the banner, Małgorzata Kalus, the prosecutor department’s spokespewoman, told TVP.

Several Jewish organizations, including the Anti-Defamation League and the From the Depths Holocaust commemoration organization, on Thursday called on Polish authorities to take down the banner and prosecute the parties responsible for it.

Rybak had been under house arrest until last week, when a District Court judge in Wrocław sent him to jail for violating the terms of his detention. Rybak violated those terms by participating in a nationalist march in Wroclaw on Nov. 11 that featured anti-Semitic rhetoric.