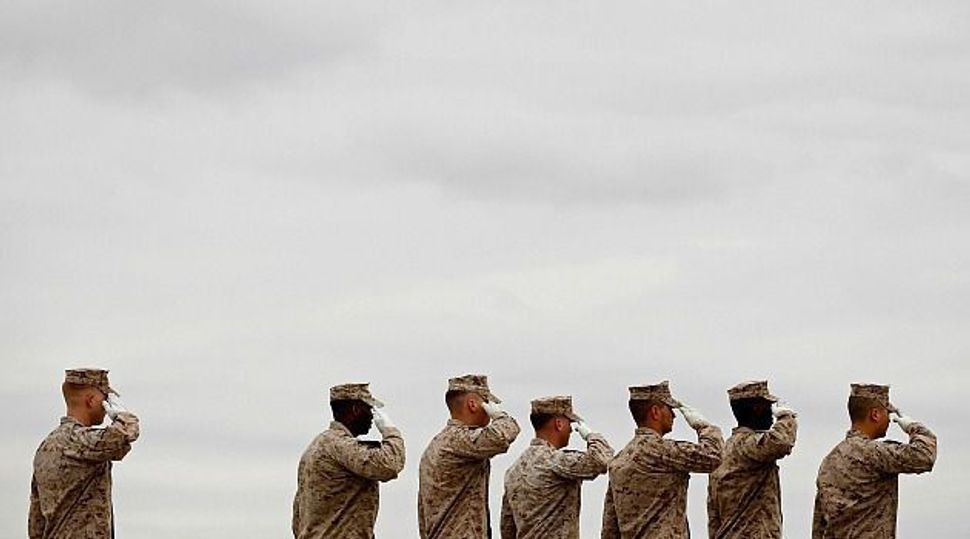 An 83-year-old Jewish Holocaust survivor is giving $1 million in honor of the troops who liberated France in 1944.

Bernard Darty was seven years old when French police arrested his mother and sent her to Auschwitz, Darty wrote in a Fox News column. He hid in the outskirts of Paris until American troops liberated France two years later.

“I vividly remember the arrival of the hundreds of thousands of American troops who landed in Normandy to liberate us in June 1944,” Darty wrote. “They were our saviors, doling out packets of sweets to half-starved, war-weary children who had almost given up hope for freedom. The gratitude I feel to these men is beyond words.”

In their honor, Darty, whose family struck it rich in retail, is now giving $500,000 to the Wounded Warriors Foundation, which helps wounded American veterans, and another $500,000 to the American Red Cross.

“In giving this donation, I want to thank Americans with all my heart for rescuing us during the war,” Darty said in a statement, according to the Daily Mail.