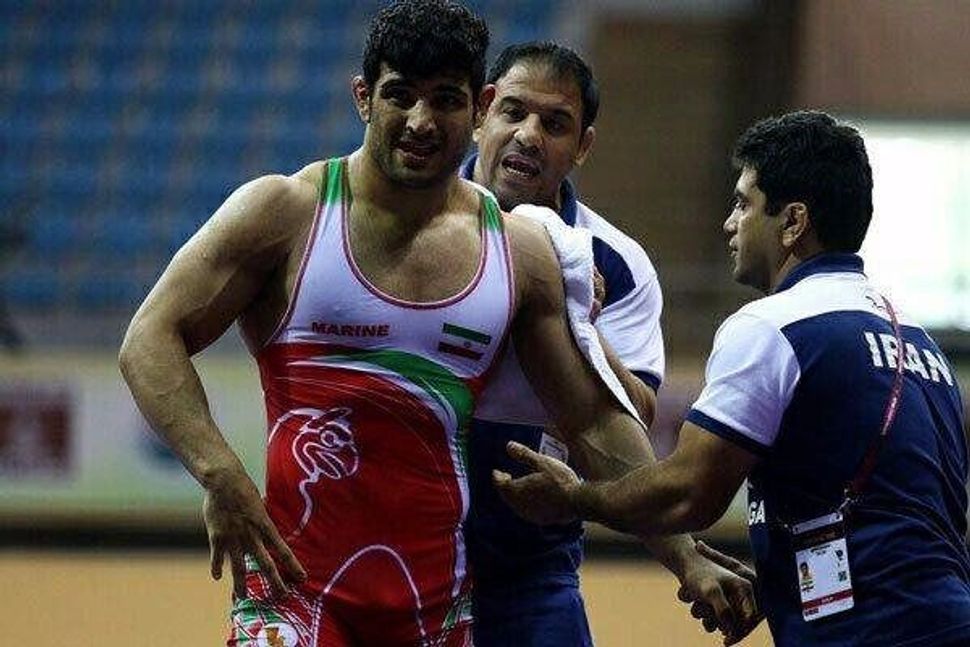 JERUSALEM (JTA) — An Iranian wrestler acknowledged that he threw a bout at an international championship where he was favored for a gold medal rather than face an Israel challenger in the next round.

Alireza Karimi-Mashiani, 23, told the Iranian Students’ News Agency that when his coaches told him he would have to throw his match against Russia’s Alikhan Zabrailov, “the world came crashing down on my head.”

The United World Wrestling championship for under-23 took place Saturday in the Polish city of Bydgoszcz.

He was in the middle of his match with the Russian wrestler, which he was winning decisively, when his coaches began calling on him to lose the bout, according to video footage of the match.

“Alireza lose,” “you need to lose,” his coaches are heard on the video calling to him. His coach then called for a break in the match to talk to the wrestler, who afterwards lost the match.

“I could have easily become the world championship, but this prevented it. I made it easy for my Russian opponent, and this made him a finalist,” Karimi-Mashiani told ISNA. “I worked for months to get the gold medal and I could easily have gotten the gold medal of the world. I admit that Israel is cruel and oppressive, but if the officials of our sport can so easily ignore my work, is not it cruel? The wrestlers do not have a good financial situation, and only the pleasure for all of us is to win a global medal.”

Iran does not recognize the state of Israel and forbids its athletes from competing against Israelis at international sports events.