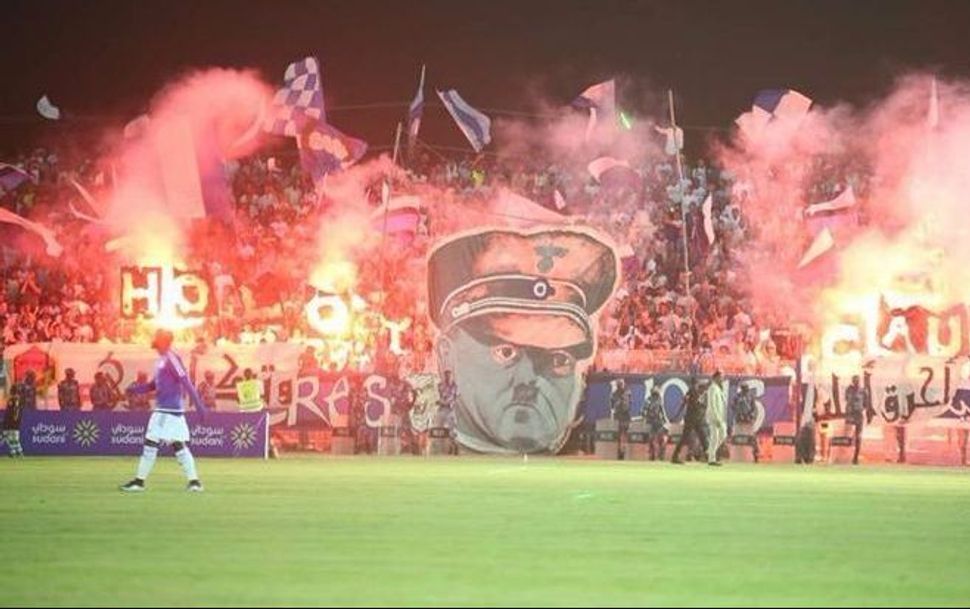 An anti-discrimination soccer network is investigating a Sudanese club after its supporters were seen holding a massive banner of Adolf Hitler and appearing to celebrate the Holocaust, the Mirror reported.

In pictures from a recent game, fans could be seen holding signs that read “HOLOCAUST” next two a massive banner of Hitler’s face.

Fare is investigating a shocking incident at a league match in #Sudan over the weekend. Supporters of Al Hilal Omdurman displayed a banner with a portrait of Hitler and the words ‘holocaust’. A gruesome first for Sub-Saharan Africa. https://t.co/RlaWHFZgLw pic.twitter.com/62VbUM165f


The Mirror reported that the club’s “ultras,” its highly organized, fanatical supporters, were allegedly behind the display.

Al Hilal Omdurman is based in Khartoum, the capital of Sudan.