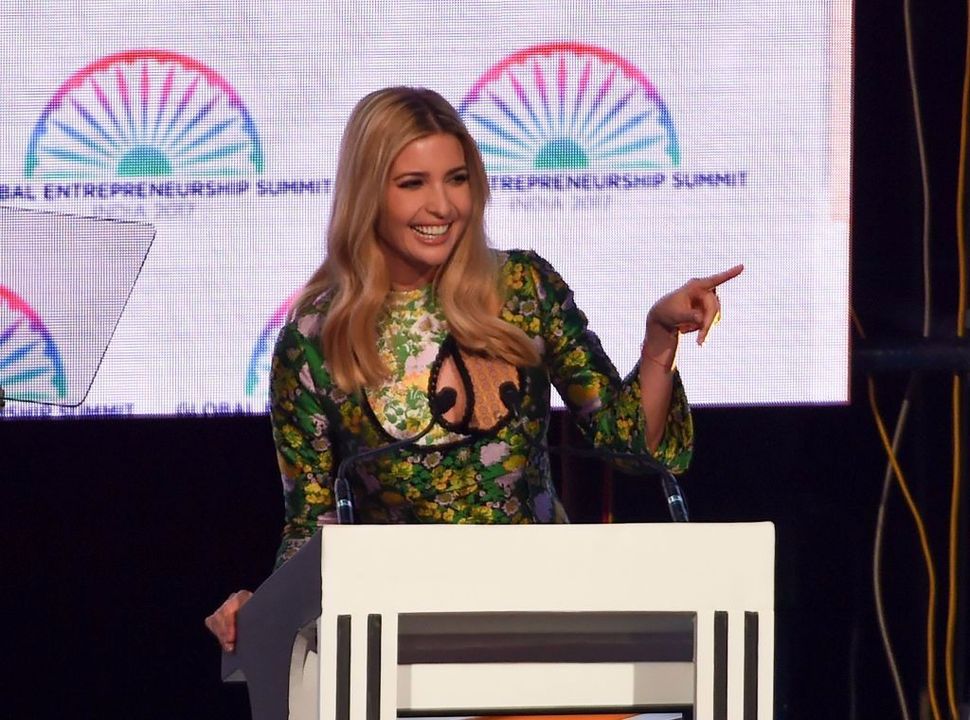 Ivanka, also an informal adviser to her father, received a warm welcome in India’s high-tech hub of Hyderabad with all the trappings of a state guest.

Prime Minister Narendra Modi joined her in the opening of the U.S.-backed Global Entrepreneurship Summit which New Delhi is hoping will further boost political and economic ties with the United States under the Trump administration.

“Women still face steep obstacles to starting, owning and growing their businesses. We must ensure women entrepreneurs have access to capital, access to networks and mentors,” Ivanka said to loud cheers from a packed audience in a heavily-guarded conference center.

The theme of the conference this year is “Women First, Prosperity for All”. More than half the participants at the summit are women, and all-female delegations are representing countries such as Afghanistan, Israel and Saudi Arabia.

Ivanka, who ran an eponymous clothing and jewelry business before becoming an adviser in the White House, has made women’s issues one of her main policy areas.

Billboards with pictures of Ivanka dotted many parts of Hyderabad. In recent days, authorities took beggars off city streets in a clean-up drive before the meeting, media said.

On the sidelines, Ivanka held talks with Modi, as well as Indian foreign minister Sushma Swaraj. Later she toured the conference center with Modi and met a few entrepreneurs, before watching traditional Indian dance performances in the inaugural session.