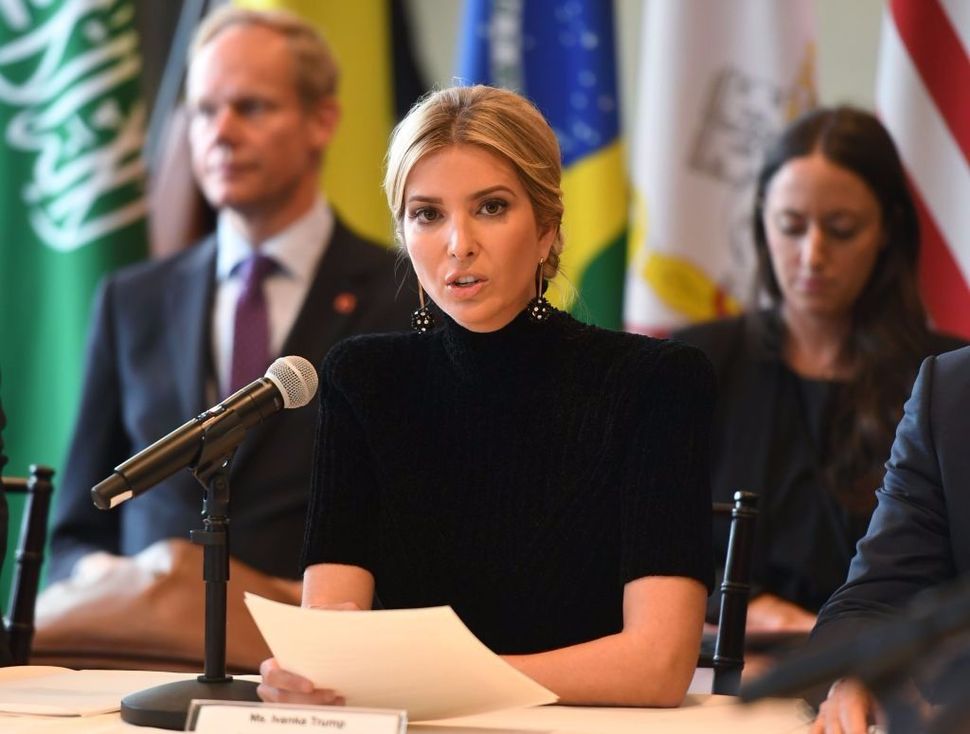 Ivanka Trump addresses the event ‘A Call to Action to End Forced Labour, Modern Slavery and Human Trafficking’ on September 19, 2017 at the United Nations in New York. Image by DON EMMERT/AFP/Getty Images

Ivanka Trump and Jared Kushner’s dissatisfaction with life in Washington and the criticism they faced for their White House roles grew so great that a plan was reportedly floated to get Trump nominated as ambassador to the United Nations, which is based in New York.

The New York Times reported Saturday that a scenario had been proposed by which Trump could replace U.N. Ambassador Nikki Haley, who in turn would replace Secretary of State Rex Tillerson, who has been heavily criticized in the press for his management of the nation’s diplomatic organization.

Presidential aides told the Times that they never heard such a plan discussed in the White House, and that they expect Haley to remain in her position.

Trump had no formal diplomatic background before this year, but does have experience in international business through the Trump Organization, and has represented the United States and her father on official trips, including a visit to India this week.

Richard Gowan, a fellow at the European Council on Foreign Relations, wrote in Politico on Monday that the prospect of Ambassador Trump wasn’t such a bad idea.

“We’ve already passed the nepotism Rubicon, with Ivanka and Jared serving in amorphous White House roles in a manner that would have been unthinkable as recently as two years ago,” he wrote. “So why not install Ivanka as U.N. ambassador? Would she really be so bad?”