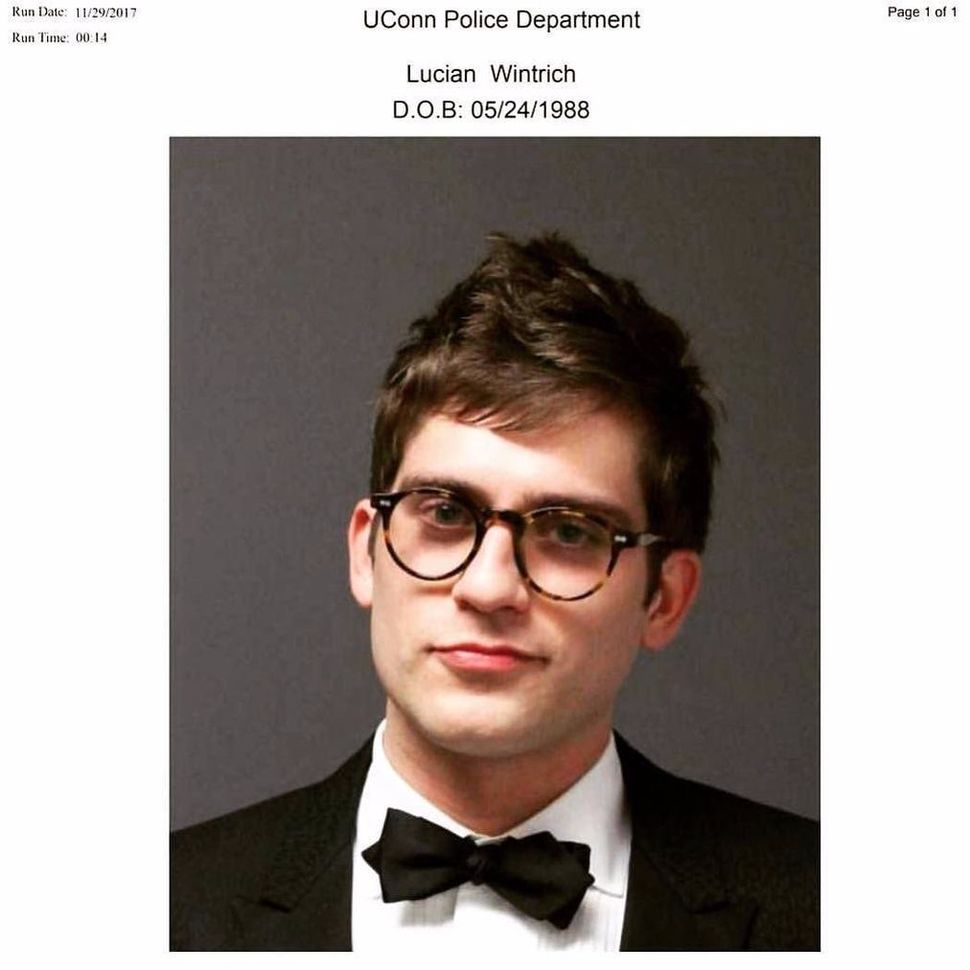 A far-right blogger and conspiracy theorist was arrested Tuesday night after he grabbed a woman who protested his speech at the University of Connecticut, the New York Times reported.

Lucian Wintrich, the Washington correspondent for the conspiracist website The Gateway Pundit, chased the protester through a lecture hall after she appeared to grab a document from the podium. Wintrich’s speech, which was titled “It’s OK To Be White,” was organized by the College Republicans and heavily protested by students and local activists.

Wintrich is part of a cadre of online provocateurs who have risen over the last year, moving in the same orbit as the white nationalist “alt-right.” Wintrich collaborated with Milo Yiannopoulos in a pro-Trump photoshoot of gay men, titled “Twinks for Tump.”

Try and beat this mug shot, I dare ya ?? https://t.co/kTFdnPjTxt pic.twitter.com/JOEbroY4rp

Like Yiannopoulos, Wintrich sometimes speaks about having Jewish roots. He defended his use of the “alt-right” Pepe the Frog icon to the New York Times in February, claiming that using the symbol did not make him an anti-Semite. “My grandfather is Jewish,” Wintrich said then. “He fought against the Germans, escaped through the Polish underground.”